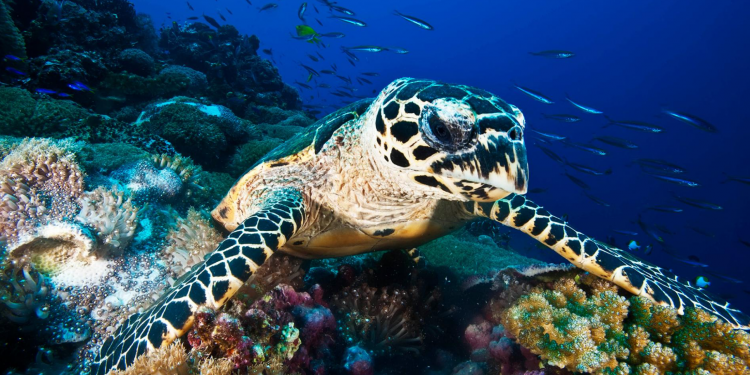 News
A new study examines the scale of the trade in endangered hawksbill sea turtle shells over the span of nearly 150 years.

Hawksbills have long been hunted for their shells—the ancient Romans, for example, fashioned the scales into combs and rings.

Hawksbill scales are still being carved and polished into decorative and functional objects—tortoiseshell jewelry, trinkets, sunglasses. But the difference today is that killing hawksbills is forbidden. That’s been the case since 1977, when the Convention on International Trade in Endangered Species of Wild Fauna and Flora (CITES), the body that regulates cross-border trade in wildlife, assigned the hawksbill sea turtle its highest level of protection.

Meanwhile, the International Union for the Conservation of Nature (IUCN), which sets the conservation status of animals and plants, lists hawksbills as “critically endangered.”

They’re among the least abundant sea turtles, with an estimated population of fewer than 25,000 nesting females across their range in the tropics. Although hawksbills are widely distributed, the largest concentrations of nesting females are found in the Caribbean region, which accounts for between 20 and 30 percent of the population, according to the U.S. Fish and Wildlife Service.