The end of meat is here 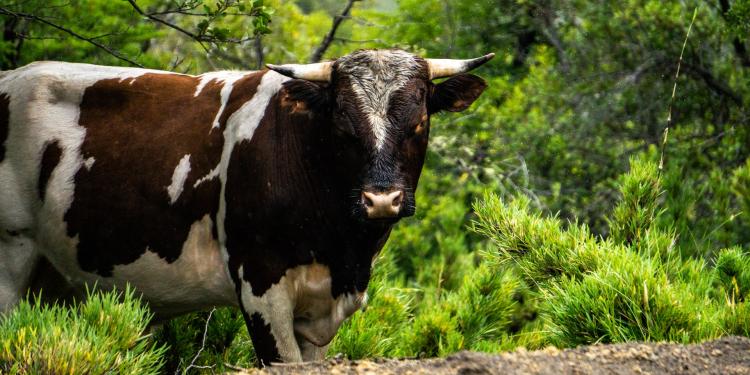 The end of meat is here

News
If you care about the working poor, about racial justice, and about climate change, you have to stop eating animals.

Most everyone has been doing more cooking these days, more documenting of the cooking, and more thinking about food in general. The combination of meat shortages and President Trump’s decision to order slaughterhouses open despite the protestations of endangered workers has inspired many Americans to consider just how essential meat is.

Is it more essential than the lives of the working poor who labor to produce it? It seems so. An astonishing six out of 10 counties that the White House itself identified as coronavirus hot spots are home to the very slaughterhouses the president ordered open.

In Sioux Falls, S.D., the Smithfield pork plant, which produces some 5 percent of the country’s pork, is one of the largest hot spots in the nation. A Tyson plant in Perry, Iowa, had 730 cases of the coronavirus — nearly 60 percent of its employees. At another Tyson plant, in Waterloo, Iowa, there were 1,031 reported cases among about 2,800 workers.

Sick workers mean plant shutdowns, which has led to a backlog of animals. Some farmers are injecting pregnant sows to cause abortions. Others are forced to euthanize their animals, often by gassing or shooting them. It’s gotten bad enough that Senator Chuck Grassley, an Iowa Republican, has asked the Trump administration to provide mental health resources to hog farmers.

This article was written by Jonathan Safran Foer.