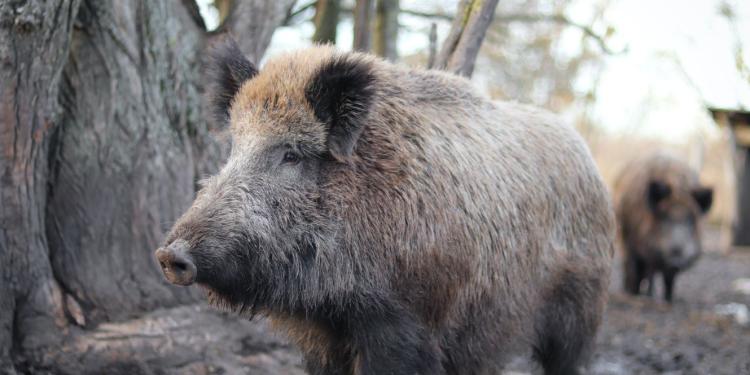 News
African Swine Fever (ASF) is a highly contagious and deadly viral disease affecting both domestic and feral swine. However, It is seen by some as an excuse to hunt huge numbers of wild boar, which proponents of hunting claim will reduce the spread of the disease. Of course, there is more to the story, than human whims and humane alternatives to hunting are likely more effective, ethical and scientifically justified.

The often lethal, rapidly spreading virus is transmitted largely through direct contact with infected swine, as well as through indirect contact with pigs, equipment and feed. The disease causes widespread suffering and important economic losses. Originating in Lithuania it has already spread to nine countries in between 2014 and 2021 alone.

As a result, thousands of wild boar are hunted every year in Europe in an attempt to contain their number and halt virus spreading. Yet, in addition to the pain and suffering caused to the animals, science shows that hunting boars to reduce the spread of ASF is not effective. The virus occurs in both high- and low- density populations, therefore reducing the population density is unlikely to be effective, expounded by the fact that hunting could not realistically reduce the population by the 67% necessary to stabilise wild boar populations and they have been shown to bounce back anyway. More hunting equates to much more suffering and represents a biosecurity threat. DG SANTE reports that despite widespread awareness campaigns directed at hunters, biosecurity measures are not always respected during hunting. As a result, direct contact with blood and indirect contact with contaminated equipment, tools and clothing occur and need to be taken seriously. We mustn’t forget the additional spreading power of current intensive farming practices.

What are the alternatives?

Given that hunting is not an effective solution, but has potential to increase risk and certainly causes suffering of animals; we call on the EU to invest in research to obtain effective methods for fertility control of wild boar, and to find a safe and effective vaccine against the virus.

Report concludes public health still at risk from mink farms in Denmark
Investigation into the hidden trade of tigers in Italy
AAP: 50 years committed to helping exotic animals in need

Eurogroup for Animals calls the European Commission to stop the production, import and use of eCG in the EU
How you can support animal protection organisations in Ukraine
Happy World Wildlife Day!
Beef production drives deforestation five times more than any other sector