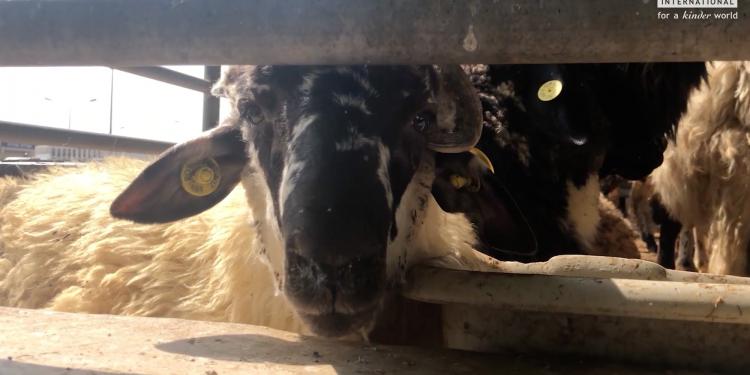 Today the European Commission published the final audit report on the export of live animals from the port of Midia, Romania.

More than 50% of export vessels operating in the EU are authorized by Romania, although the export vessel inspection system is not able to reduce the risks to animals due to the precarious conditions of the vessels. The report warns that ships authorized in Romania expose animals to special risks during their journey to third countries.

"The report shows that ANSVSA did not provide information, instructions and qualified personnel at the disposal of veterinarians for the technical inspection of ships for ventilation, watering, drainage and alternative equipment. Practically, all the junk came to Romania to authorize themselves to be able to load animals from all over the EU, exposing the animals to extremely inevitable risks," said Gabriel Paun, EU Director of Animals International.

According to the report, ANSVSA does not keep travel logs to monitor animal welfare and has not been able to prove that the animals are checked before boarding if they were still fit to continue the journey. "If they did not die in trucks on the way to the port, then the animals are beaten and forced to board ships even if they are not fit to continue transport. I have seen this many times in the port, and regarding the dead animals on board the ships you can never find out the truth with the current monitoring system," added Păun, who was in the Persian Gulf last summer observing the condition of the animals exported with the ship Al Suwaikh, superficially inspected by the president of ANSVSA himself and which the European Commission had asked not to be allowed to load with 70,000 sheep due to the extreme temperature and humidity. "It is a huge ship, like a titanic for animals and which had been banned in Australia, but which ANSVSA authorized without blinking."

Romania is being held responsible for authorizing more than half of the shipwrecks carrying EU animals to third countries. If the country wishes to avoid an imminent infringement then it should pass the new law being debated in the Parliament that sets stronger authorization process and monitoring during loading, journey and arrival of the animals in the third country. The law also sets a summer ban for export when animals are the highest risk and mandatory veterinarians on board for the rest of the year.
Gabriel Paun, EU Director of Animals International