Eating bugs? Not a bad idea if you can get past the ‘yuck’ factor, experts say 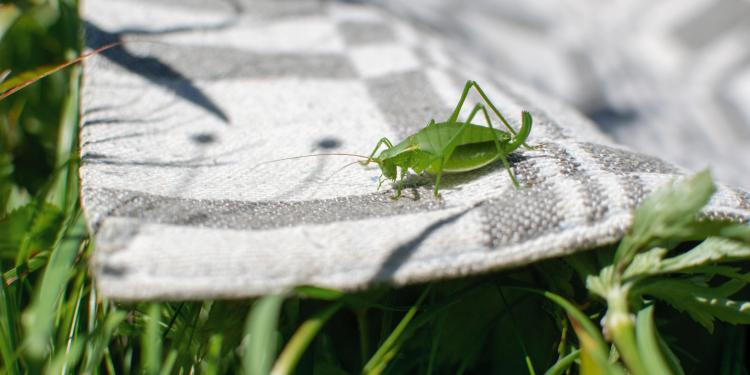 Eating bugs? Not a bad idea if you can get past the ‘yuck’ factor, experts say

Would you eat bugs?

It all depends on how they’re marketed, say experts, because the health benefits of eating certain types of insects are hard to deny.

Dr. Sylvain Charlebois, scientific director of the agrifood analytics lab at Dalhousie University, told 680 CJOB that the bugs-as-food industry is on the rise — as long as people can get past the “yuck” factor.

“It’s actually quite efficient,” said Charlebois, “but the yuck factor is hard to get rid of.

Charlebois said the bug biz has a leg up on its more traditional competition, as certified producers can churn out large amounts of insect-based protein while making a tiny footprint.

“Whether you believe it or not, there actually is a science behind feeding bugs, and if you are selling bugs to support the human supply chain, you have to be certified in Canada, so it exists, it’s there, and it’s only going to grow. Frankly, you can actually produce thousands and thousands of crickets in a very, very small room so space is not an issue.”

“That’s part of what makes crickets so sustainable compared to the vast areas of land needed to grow mammals.”

Drysdale, whose crickets are grown specifically for human consumption at an Ontario lab, said they’re fed an organic, gluten-free chicken feed, and that people would be shocked at how clean the facility, and the crickets, actually are.

“When I first visited the cricket farm, it was really mind-blowing how clean that farm was, because animals are very messy, which a lot of us are used to thinking with a farm,” he said.

“The crickets themselves are very clean, and when they poop, it’s like hard little capsules, and that’s also a really, really rich fertilizer which they can sell as well which adds to the sustainability and efficacy of selling crickets versus other livestock.”

Drysdale said his business has been growing by leaps and bounds, to the point where he’s working on a re-brand before a big launch in the United States.