Easter means hell for thousands of lambs transported across Europe 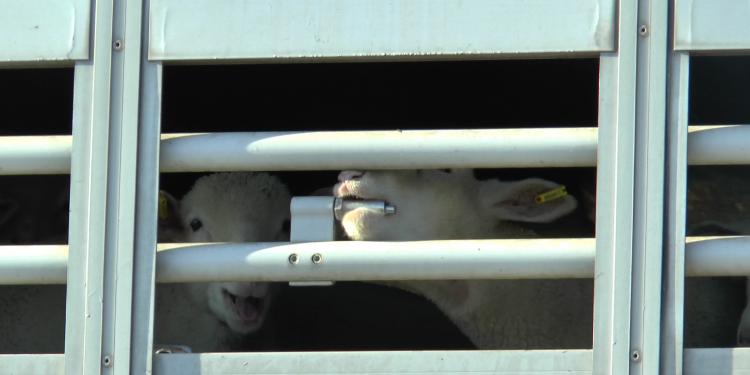 Easter means hell for thousands of lambs transported across Europe

Easter is usually a time for celebration for many – but not for the tens of thousands of lambs that Italy continues to import every year for slaughter.

Eurogroup for Animals is once again urging for a revision of the EU Transport Regulation to forbid the transport of unweaned animals.

This year the problem is made worse by the COVID-19 crisis. On top of the risk of contamination related with the trade in live animals, livestock vehicles are getting caught up in long queues at borders between EU Member States or at exit points. While the Commission has activated fast-track lanes across borders for delivering supplies, including livestock consignments, there’s also the fear that temporary measures brought in to cope with the crisis may result in softer or less professional checks on consignments of animals.

"The transport of lambs and sheep over thousands of kilometres to Italy continues to take place as key animal welfare requirements of the EU regulation are systematically ignored," says Iris Baumgärtner of the Animal Welfare Foundation (AWF), which in cooperation with Ente Nazionale Protezione Animali (ENPA), documented 17 consignments of lambs from Hungary, Romania and Poland between 2016 and 2019, and observed repeated violations of EU Regulation No. 1/2005. "Violations of the EU animal transport Regulation are not isolated cases, but are present in the majority of long-distance live animal transports.”

Most lambs come from Hungary (445,627 in 2019) and Romania (326,515 in 2019), but they are also imported from France, Bulgaria and Poland. In 2019 alone, a total of 918,745 lambs were exported to Italy from different Member States (Eurostat). The distances travelled are between 1,200 and 2,200 kilometres. Animals stay in the truck up to 29 hours without food, despite the fact that, by law, unweaned lambs should be given liquid after nine hours, and older lambs after 14 hours.

In their four-year study, the AWF documented the systematic failure of the veterinary authorities in the exporting countries Romania, Hungary, Poland and in the importing slaughterhouses in Italy. This trade is particularly poignant given the very young age of these animals. The lack of control during the journey, at loading and unloading results in animals often being transported in awful conditions.

For many years, AWF has denounced the cruelty behind this trade, but neither the EU Commission nor Member States have taken significant steps to tackle the lack of compliance. The interaction between institutions, authorities and ministries is not working and has been deliberately undermined by the organisers for years, and the number of transport violations remains high. In February 2019 the EU Parliament expressed their regret that the progress made by the Member States in implementing Regulation (EC) No 1/2005 is insufficient, and called for the journey times for animal transport to be kept as short as possible, especially for animals that are not weaned, such as lambs. Furthermore, the transport of live animals should be replaced by the transport of meat.

This trade is brutal, and the Transport Regulation should be revised to make the transportation of unweaned animals illegal. As recommended by the Federation of Veterinarian of Europe, animals should be reared as close as possible to the premises on which they are born.
Reineke Hameleers, CEO, Eurogroup for Animals