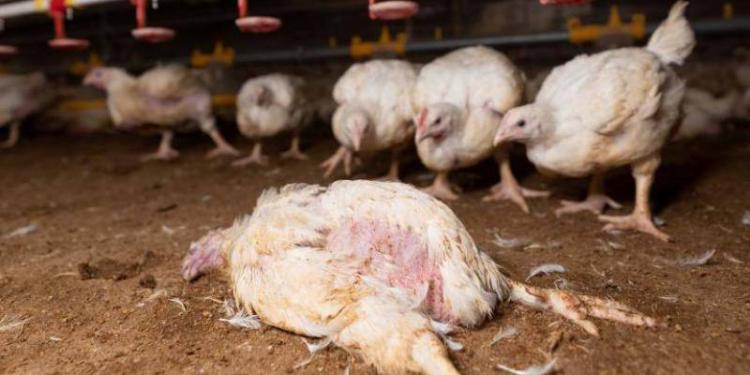 Djurens Rätt received some harrowing images and footage anonymously, that displays chickens living in atrocious conditions on a factory farm in Sweden.

A supplier of the brand Kronfågel, the material shows:

While Kronfågel claims to care about animals, the reality of life on their farms shows quite the opposite… and as Djurens Rätt has explored previously, this isn’t the first time they’ve been caught abusing chickens either.

‘The judicial system must act against animal factory farms like these’, says President of Djurens Rätt

After receiving the content, Djurens Rätt promptly filed a police report against the farm for aggravated animal cruelty: which they were able to do so with help from an amendment made in July. The amendment states that those who cause animals to suffer copiously can be prosecuted.

‘The judicial system must act against animal factory farms like these’, says Camilla Bergvall, President of Djurens Rätt. ‘We will continue to remind legislators, law enforcement and consumers that animals suffer in animal factories. It is beyond all criticism that sentient individuals are treated in this way in a country that claims to have the world's best animal welfare.’

We’re proud to support our member in their work, and are pleased to see this most recent action getting amplified on platforms such as Aftonbladet. We hope to see these chickens get the justice they deserve.

‘Promises’ made by corporations and suppliers to care for animals are not enough. We need tangible action, including robust legislation and more pledges made to the European Chicken Commitment, to see real change in the sector. We must stop suffering from slipping through the cracks.

Learn about the work we are doing to secure better lives for farm animals.