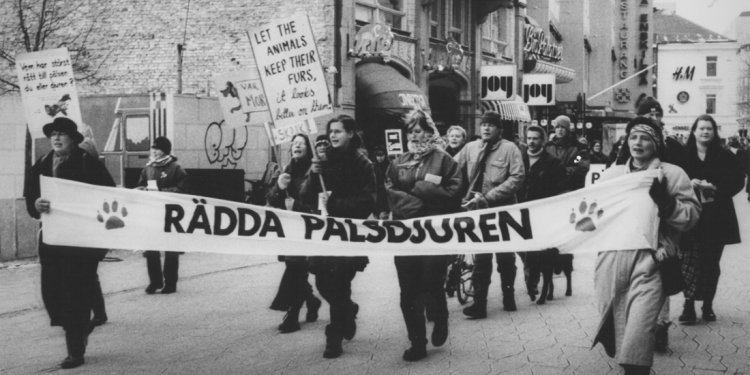 Since October 7, 1882, Djurens Rätt has worked persistently for the animals that suffer the most. During these 140 years of hard fighting, they and their now 50,000 members have done a lot for the animals. Here are some of the successes they have achieved together over the years.

In 1882, Djurens Rätt was formed at Stockholm Palace under the name Nordic Society to combat cruelty against animals used in science.

In 1944, Sweden got its first animal welfare law, granting animals rights for the first time.

In 1979, a new law regarding animal experiments was introduced. Privately owned or homeless pets were no longer permitted be sold for animal testing.

In 2001, fox farming was phased out in Sweden. The next step is to put an end to mink farming through the Fur Free Europe initiative .

In 2013, the EU banned animal-tested cosmetics after 30 years of work by Djurens Rätt and other organisations.

In 2016, elephants are no longer permitted in Swedish circuses. Djurens Rätt submitted 155,000 signatures to the government for a ban.

In 2021, all food chains will be cage egg-free. The End the Cage Age campaign reached its goal and the EU decides to phase out all cages in the EU.

In 2022, crimes against animals will be taken more seriously. The crime of aggravated animal cruelty is introduced into the criminal code and camera surveillance at slaughterhouses is investigated.