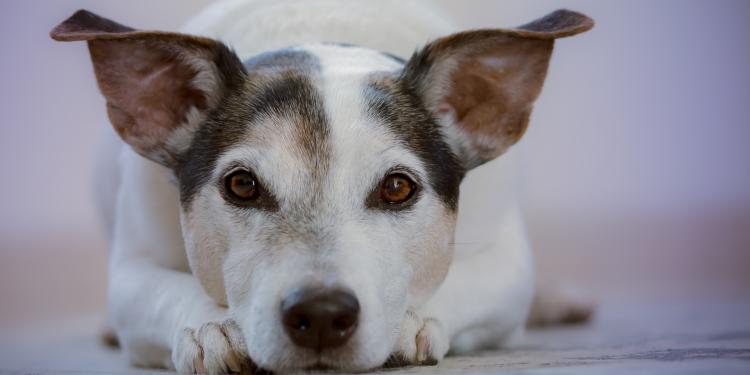 News
On the 19th of October 2022, the European Parliament and the Council adopted the Digital Services Act (DSA), a precious tool to tackle the illegal online trade. But what does it mean concretely for the animals victim of this trade?

What is the DSA?

The Digital Services Act (DSA), along with the Digital Markets Act (DMA), are new legislation that aim to better regulate online services to ensure a safer digital environment. In this context, the DSA contributes to tackling the dissemination of illegal and harmful content on online platforms and clarifies the liability and accountability of these platforms.

How is it relevant for animals?

The large majority of cats and dogs and exotic wild animals destined for the pet market (from cross-border illegal trade), are sold online and their lucrative trade is booming. This situation has serious consequences on the welfare of animals bred and sold to fuel this trade.

The Illegal Pet Trade: Game Over

During transport, many welfare issues arise such as risk of dehydration and heat stress, lack of enough space to be able to stand/lay down, high potential for spreading of infectious diseases among the transported animals and beyond, and a higher likelihood of pregnant dogs & cats transported too close to their estimated due dates to name but a few.

In relation to breeding practices, cosmetic and convenience surgeries vastly performed outside the EU, resulting in severe pain and impairing of social communication (through tail docking, ear cropping, debarking, declawing,...), lack of socialisation resulting in extreme fearful and anxious animals, lack of genetic variation as a consequence of inbreeding leading to poor health and unfitness to carry a normal life.

In addition, it represents a high risk for the health of European consumers due to the potential introduction of parasites and diseases such as rabies.

Acknowledging this situation, the DSA’s recitals refer to animals twice. Illegal sale of live animals is expressly mentioned in the list of illegal content (recital 12), and Very Large Online Platforms (VLOPs) must assess risks related to the dissemination of illegal content, including illegally traded animals (recital 80).

Although recitals are not legally binding and aim to contextualise the legislation, they give strong indications on the objectives of the text and clarify that the trade of animals falls within the scope of the legislation.

What are the obligations of online platforms?

Very Large Online Platforms (VLOPs) must strengthen checks to prove that the information provided by sellers is reliable and accurate. In particular, they must "make reasonable efforts to randomly check in any official, freely accessible and machine-readable online database or online interface whether the products or services offered have been identified as illegal".

It is uncertain at this stage what such checks entail in relation to animals but we will continue to work with the European Commission and Member States to ensure that they are appropriately and efficiently conducted. With regards to companion animals, such controls should ideally aim to verify that only dogs and cats that are microchipped, registered and offered by their owner, or registered breeder, can be sold online.

VLOPs must also assess and mitigate systemic risks (including dissemination of illegally traded animals content) each year, implement “effective mitigation measures”, including moderation processes and advertising and recommendations systems/algorithms and be subject to annual independent audits.

It is important to note that these obligations only apply to VLOPs:  platforms with more than 45 million active users in the EU. The text indeed exempts Small and Medium Enterprises (SMEs) from these provisions. This means that smaller online platforms where a lot of animals are traded remain out of the scope of these obligations and traders can potentially simply move to smaller platforms to get around these rules. It also remains unclear whether content published on closed groups, that require the intervention of a human to access, are concerned by these provisions.

However, all online marketplaces must annually publicise reports on content moderation, in particular the number of orders received from Member States’ authorities. Courts and competent authorities (administrative, including law enforcement) of the Member States may indeed issue orders to marketplaces if they identify illegal content. Such orders must detail the reasons why the content is suspected to be illegal. The scope of orders is in principle limited to the Member State in which it was issued. However, it is possible for the authorities to communicate the information to other Member States.

What are the obligations of Member States?

Member States must appoint an authority that will act as the Digital Services Coordinator and will be in charge of overseeing the enforcement of the regulation. Among other things, the Coordinator is in charge of designating trusted flaggers, who are entities that will be able to identify illegal content and inform online platforms through “notice and action” mechanisms. Trusted flaggers should demonstrate that they have expertise to conduct this mission in a diligent, accurate and objective manner and be independent from online platforms but it remains to be seen if NGOs comply with such requirements. These trusted flaggers should also publish reports of their notices. It is expected that this information, coupled with reports from online platforms and independent audits, will help inform the status and trends of illegal animal trade on VLOPs.

It is also worth noting that a platform will be set up by the European Commission so that all Digital Services Coordinators can exchange information, which is especially relevant for cross-border investigations.

What can Animal protection organisations do?

Although it remains uncertain whether Animal Welfare Organisations (AWOs) can be trusted flaggers, as specified above, there are a number of actions that can be undertaken. First, AWOs can investigate to identify illegal sales advertisements of animals and:

It is also important to raise awareness of national authorities on the possibility to maximise the efficiency of controls, especially for VLOPs for which checks are mandatory, thanks to microchips and identification of cats and dogs.

Eurogroup for Animals will continue to exchange with the European Commission to clarify implementation mechanisms of the DSA with regards to the illegal animal trade. We will also monitor and communicate on reports published by platforms, as well as audits.

In addition, it is worth mentioning that the European Commission is currently conducting a Coordinated Control Plan on the illegal pet trade until the beginning of 2023. In this context, AWOs can report illegal pet trade cases to national fraud units or the Health and Food Safety Department by email at SANTE-food-fraud@ec.europa.eu.

When will the DSA be applicable in Member States?

The DSA will enter into force on 16 November and will be directly applicable in Member States from February  2024.