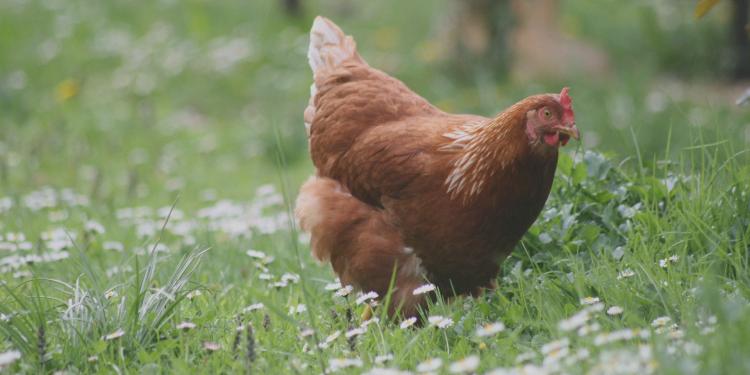 Imagine a world where strong, robust farm animals live in housing that is perfectly tailored to their needs, and where they all have access to the outdoors.

Now all this may be within reach - at least in northwestern Europe. Today Dierenbescherming, the Dutch Society for the Protection of Animals and one of Eurogroup for Animals’ member organisations, has launched their vision for the future: a livestock farming system that focuses on quality products.

The organisation’s ‘Deltaplan Veehouderij’ is a 30-year plan to revolutionise farming. Its aims are short production chains with strong and robust animals. Farmers will receive a better price for their products, paid by consumers who will switch to a more plant-based diet.

“The many crises and symptoms of a bankrupt system, such as barn fires, high mortality rates in young animals, and high nitrogen emissions have been the reason to come up with an integral plan,” says Gemma Willemsen, head of the policy department at Dierenbescherming. “Deltaplan Veehouderij will guide choices that Dierenbescherming makes regarding farm animal welfare, for example in deciding which projects to initiate - such as developing housing systems that are designed based on the needs of animals, improving the availability of such systems, or collating an overview of all financial instruments that can help farmers to invest in sustainability.”

The plan will rely on a commitment by farmers and consumers alike to four ‘transition pathways’. The first focuses on making the livestock farming system animal-friendlier, and more sustainable in general. The second pathway concerns the consumer: “We need to eat fewer animals and more plants”, says Willemsen. The third pathway sees fewer steps between farmer and consumer, and more fair prices and transparency, and the fourth and last pathway concerns volume. “We need to move towards producing quality for our own region. The Netherlands should stop focusing on production for the world, and focus more on adding value for northwestern Europe.”

An active role is asked from the government. Allowing the farming system to self-regulate has been proven to be a wrong choice too many times, according to Dierenbescherming. “Those that do want to move forward are held back, because of the low minimum standards and therefore the absence of a level playing field, and the animals are the ones that suffer,” Willemsen says. She stresses that governments also need to take responsibility for animal welfare in international matters, such as in trade agreements and the EU agricultural policy.

That improvements in farm animal welfare are possible has already been demonstrated by the success of Dierenbescherming’s Beter Leven label, which now adorns the products of around 1800 farmers.