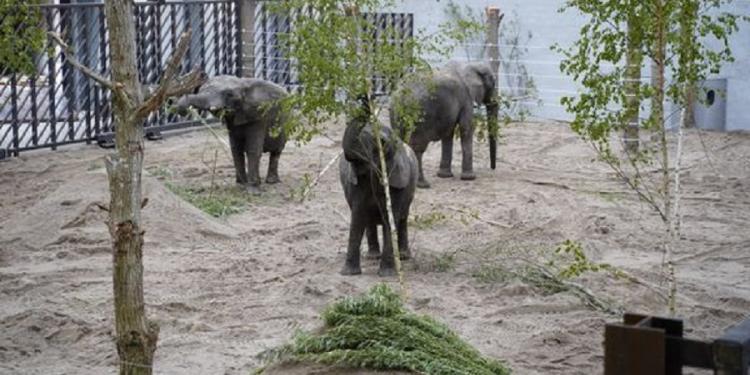 For the last four circus elephants in Denmark the life on the road is finally finished.

A truck specially designed for Denmark's heaviest pensioners - the four former circus elephants - drove up the avenue of Knuthenborg Safari Park on last week, marking the end of an era. Elephants will no longer be held in Danish circuses.

Christoffer Knuth, director of Park said that it is important now for the elephants to get used to 'just being elephants'. Doing so will be easier in the huge facilities provided by the Knuthenborg Safari Park. The elephant plain has become a reality in collaboration between Knuthenborg Safari Park and Dyrenes Beskyttelse, focusing on providing the animals with as high a level of animal welfare as possible.

Three elephants from the Circus Arena have joined forces with the elephant Ramboline from Circus Trapez in the Circus Arena's winter stable in Slagelse. The four elephants have moved on to their retirement lives in Knuthenborg Safari Park where they will be able to perform natural behavior in a 140,000 m2 savanna-like plant. The facility should present international lighthouse, showing how the future plant for retired circus elephants around the world should be designed.

Seeing the elephants being driven into their new barn is a special moment. They will soon be released to a large plant which puts a crown on decades of hard work to get the wild animals out of the circuses.. So we are very happy today!