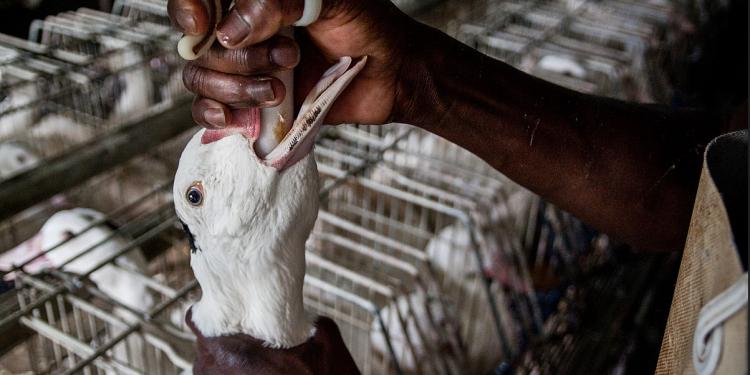 On February 15, the European Parliament (EP) adopted the Implementation report on on-farm animal welfare with 496 votes in favour, 140 against and 51 abstentions.

Eurogroup for Animals, along with its members Compassion in World Farming and Four Paws, strongly opposed the adoption of the final report asking Members of the European parliament (MEPs) to adopt the alternative ENVI opinion instead.

Despite the use of “animal welfare” in its title, the adopted report focuses more on farmers' economic interests rather than improving the conditions of animals in EU farming systems.

When the report was announced civil society had great hopes that the European Parliament would pay full attention to a fundamental issue, close to citizens hearts and EU policy makers, as reflected in the European Commission’s Farm-to-Fork Strategy and their commitment to revise animal welfare legislation, as well as in the Parliament’s own position to phase out the use of cages.

The final Resolution – the adopted form of the report – even goes as far as contradicting what was adopted in previous Parliamentary Resolutions, specifically:

An implementation report is, unsurprisingly given its name, supposed to assess the implementation of current on-farm animal welfare rules. In this, the adopted Resolution from the EP fails in two respects: it neither addresses the problems with the current rules, nor does it focus on welfare of the animals themselves. Instead it preoccupies itself with the maintenance of a broken system that incentivises the worst kinds of farming for the environment, health and, most of all, for the animals.

MEPs have sent contradictory messages to an ambitious and progressive European Commission. Earlier in the term, they wanted better welfare, new systems of farming and a shift in-line with the Commission’s Green Deal. Yesterday they voted for something that is nothing other than a defence of the status quo. Whilst we commend those MEPs who fought for the far more ambitious opinion from the Parliament’s Environment committee, who stood up for the welfare of animals in-line with citizens’ wishes, the European Parliament has, as a whole, backed down to the narrow interests of big agriculture.
Reineke Hameleers, CEO, Eurogroup for Animals