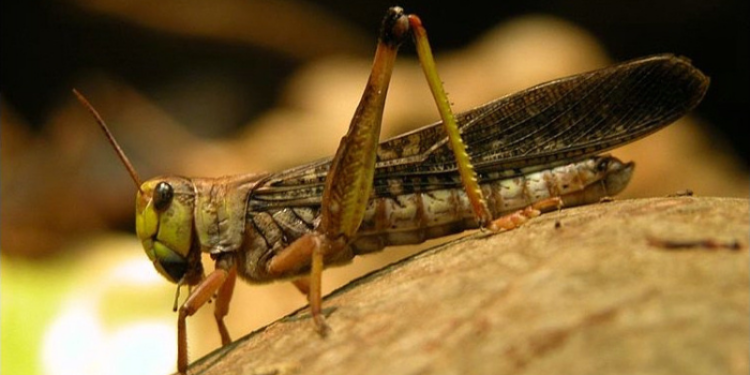 Last week, the European Commission published legislation authorising crickets to be sold in shops and supermarkets. The cheerful crickets, formally known as Migratory Locust, are not alone, they join their grasshopper cousins and the mealworm - the larval stage of the beetle known as Tenebrio Molitor - on the list of the EU’s Novel Foods.

Over two billion people worldwide include insects in their diets, through culture and tradition or out of necessity. In Europe, we don’t consume insects readily due to the “yuck” factor, but insects are digestible and do store a lot of protein. In fact from the World Food Programme to the European Commission, the benefits of eating insects are widely touted. So why this post?

Beyond what each person chooses to place in their plate, insects as novel foods are only a fig leaf, hiding a much bigger business. Startups that place insects in trendy packaging on supermarket shelves are the quirky tip of a much larger iceberg. According to industry analyst Rabobank, of the money raised by the insect industry in 2020, only 37% went to food production.

As mentioned, insects are a common feature of diets on three continents, but only Europe and North America - where insects do not feature on run-of-the-mill restaurant menus - is an intensive production industry being built. The real insect farming business lies in the production of feed.

Buzzing around the plant-based diet

This is where the waters become murkier. The EU is actively promoting insects as their production seems to tick all the Farm to Fork strategy boxes: less climate change emissions, less water use, less land use, a solution to Europe’s protein deficit, in short the food systems panacea.

Some of these claims are arguable, energy consumption for one, may dent the Climate Change credentials of the sector as it industrialises further. What happens if insects are released, accidentally or otherwise? What damage to crops and the economy could even an infinitesimal fraction of the 50 trillion insects the industry hopes to produce in less than a decade do if they got out?

But leaving complex life-cycle and hazard analyses aside, and taking the claims at face value, a fundamental question remains: what of the EU’s objectives to move towards more plant-based diets and away from intensive animal farming to systems with higher welfare? Are these commitments or buzz words?

European Commission experts have stated that there is an “overwhelming lack of knowledge” surrounding industrial insect production.

Nevertheless, they have calculated that if all current legislative restrictions were lifted, meat and animal product prices would come down, making meat the cheaper consumer option. It is clear, therefore, that the sole interest of producing insects for feed is to prop up intensive animal farming practises that the EU has, on the other hand, agreed to stamp out.

Is using agricultural products to feed insects, to feed to animals to, then, feed them to people who should be favouring more plant-based diets a panacea or a chimaera? … and we haven’t even started on insects’ behavioural or cognitive needs if they are to be produced in industrial facilities …