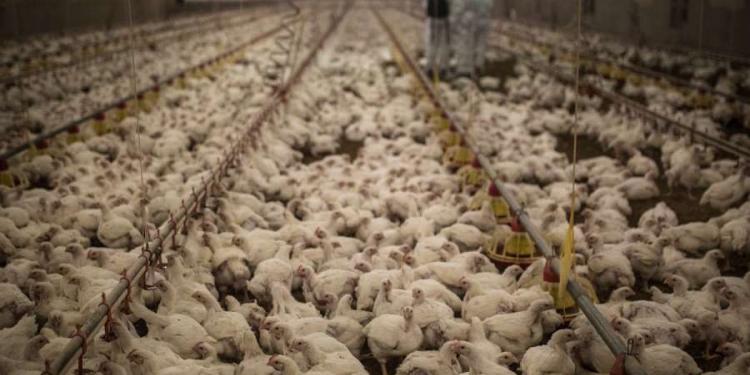 After visiting the same farm over the period of 6 weeks, capturing different phases of broiler chicken development, Animal Equality Spain (Igualdad Animal) and the media channel 'the Public' revealed the cruelty of the chicken meat industry in Spain.
The footage shows that chickens live in crowded, non-ventilated space where their bodies grow disproportionately, and their legs often cannot bear their own weight.

In Spain 90% of the chickens are raised in intensive interior systems. 1.9 million chickens are slaughtered daily, which counts to the 695 million a year, out of which 41 million die without reaching the slaughterhouse because they cannot endure the intensive farming conditions.

According to European Medicines Agency animals on Spanish farms consume five times more antibiotics than on French farms and twice as many as on Portuguese. According to European Food Safety Authority (EFSA) the growth rate of a chicken destined for meat production is today 6 times higher than that of 90 years ago. This means that they reach the slaughter weight at 6 weeks of age, far from the thirteen weeks of 1950.

As a comparison, if a human baby would grow at the same rate, it would weigh about 300 kilos in 2 months.