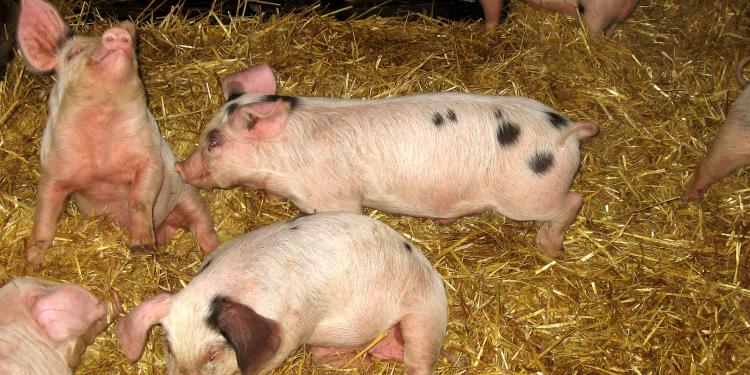 The fattening houses, in which pigs are kept until they are slaughtered, are to become "more animal-friendly".

This is what the federal government wants. To do this, many farmers first have to convert their mast systems. They should now have 15 years to do this, reports the Neue Osnabrücker Zeitung (NOZ), referring to a draft regulation.

One requirement: fix sows for a shorter time

The Federal Ministry of Agriculture does not want to present the exact key data until next week at the Agriculture Ministers' Conference in Landau. However, according to the NOZ, sows should in future only be allowed to be fixed in so-called crate stands for a few days a year, for example.

Such a small cage hardly gives a sow freedom of movement. So far, this has been possible for several months a year. This crate is designed to prevent the sows from crushing their piglets, because even without this cage they don't have much space in a fattening stable.

Box stands are said to be 20 centimeters longer

The Federal Administrative Court had already ruled in November 2016 that sows in this crate had to stretch their legs without bumping into the sow in the crate right next to it. In a large part of the fattening stalls, however, this is still the case.

According to the ideas of the Ministry of Agriculture, the crate stands are now supposed to be 20 centimeters longer. In the so-called farrowing area, i.e. where the sows throw their piglets, they should at least have enough space so that they can turn around once.