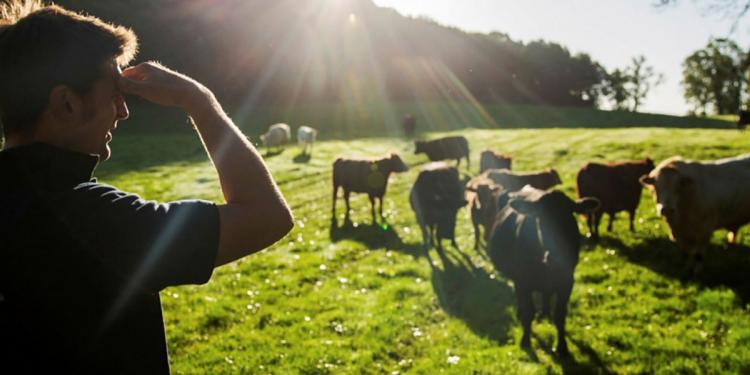 News
The pandemic has exposed tensions over food security that are now playing out in the UK-EU trade talks.

At his farm in the Shropshire village of Middleton Scriven, Richard Yates has been saying goodbye to his cows.

After the UK entered lockdown in March, the milk processor Mr Yates had supplied for six years said it would end daily pick-ups, cutting down to every two days to save money. But that would have required the 54-year-old farmer to buy a larger milk tank. Combined with plunging milk prices, it made his herd of 150 Friesians financially unviable. Mr Yates — who also raises lambs and grows arable crops — decided to sell the cows.

“My father is buried about 20 yards away from my milking parlour. We used to call ourselves ‘cow men’. There is a certain empathy that one gains from milking cows twice a day, every day,” Mr Yates says. “I’ve sold them with a very heavy heart.”

Other parts of his farm also look vulnerable. His Easter lambs were hit by a drop in prices due to the pandemic, while a second flock of 1,000 lambs born in March and April will be sold early next year just after the UK’s Brexit transition period is scheduled to end. With about a third of UK lamb currently sold into the EU, the shape of the market into which they will be auctioned remains uncertain.

It is on farms such as the one owned by Mr Yates that the impact of coronavirus is rapidly colliding with the country’s plans for Brexit, the issue that consumed British public life until the arrival of the pandemic.