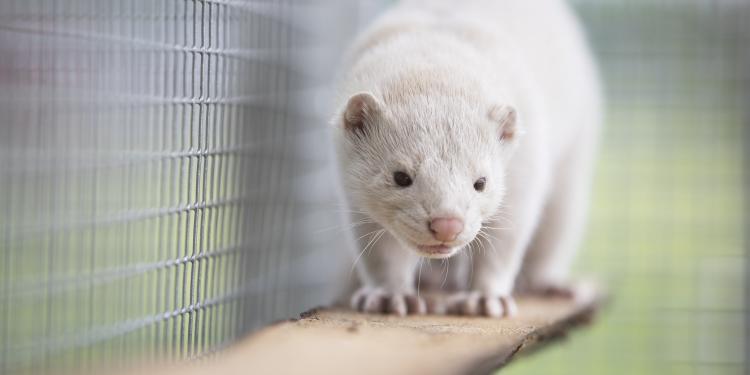 News
The Netherlands, a top exporter of mink, has killed more than 500,000 of the animals this month to stop the spread of disease.

One of the world’s top mink-producing countries is shutting down the industry as a result of COVID-19. Two findings—rising rates of infection among mink at Dutch fur farms and the discovery that the animals may have transmitted the virus to two farm employees—have forced the Netherlands to speed up existing plans for ending its mink industry in 2024. On Tuesday, parliament voted to cease mink breeding imminently and provide compensation to fur farmers.

The timeline for the updated closure has not been determined, nor has the rate of compensation due to producers, but animal welfare groups expect the shutdown will occur by the end of the year. Culling has already begun. Since June 5, nearly 600,000 of the 800,000 mink in the Netherlands have been killed—suffocated by carbon monoxide gas—to help control the spread of the virus, according to Fur Europe, a Brussels-based industry group that represents fur farmers and manufacturers.

The Netherlands is the fourth largest producer of mink pelts after China, Denmark, and Poland, according to Humane Society International. In 2013, in response to animal welfare concerns, the government voted to shut down more than a hundred farms that support the country’s $100 million mink fur industry but farmers were given until January 1, 2024 to cease operations.