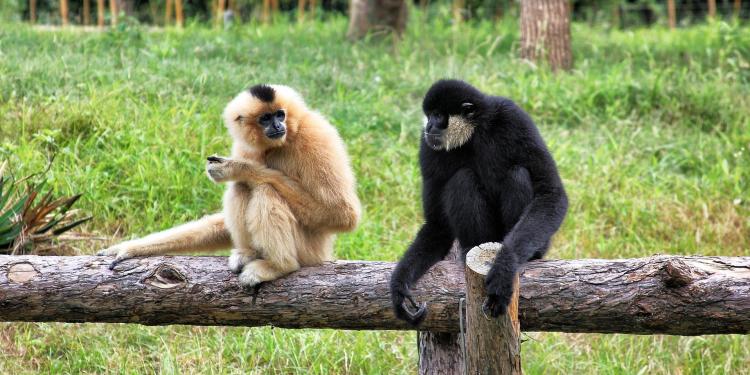 News
Swinging through the treetops comes naturally for gibbons.

But that's tricky if a landslide has torn a huge gap in the forest, making it difficult to roam far and wide, to find food or meet a date.

For the rarest primate in the world, there's now a temporary solution: a rope bridge reconnecting the trees.

And scientists have filmed the ape, a type of gibbon, climbing or swinging across in seconds.

Some used the ropes as a handrail, others swung by their arms and the most daring walked the tightrope.

The primate lives only in the forests of China's Hainan island.

All nine in the group mastered the rope bridge, save one adult male, which made a mighty jump from one tree to another, sometimes accompanied by athletic teenage companions.

Conservation scientists say the 18-metre-long structure could be an essential lifeline for the endangered species, while the forests are restored to their former glory.

A small number of primates, including the orangutan, have been seen to use artificial rope bridges. But this is the first time the Hainan Gibbon has learnt the ropes.