A compelling case for cell-based seafood 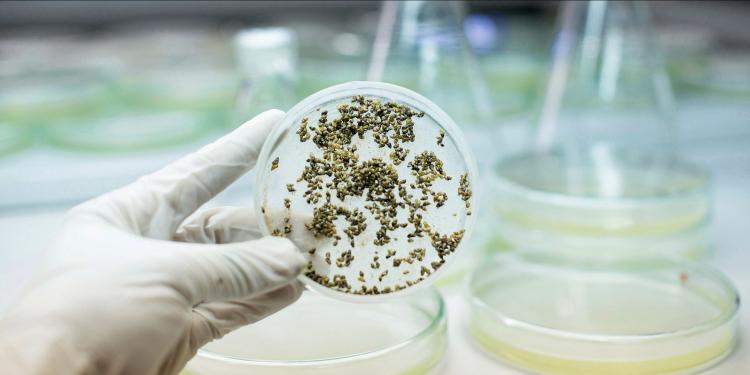 A compelling case for cell-based seafood

News
Seafood that has been produced in laboratories directly from fish cells could be worth more than the lab-grown or plant-based meat in time, with a $1 trillion market ready to be exploited.

So argues Paul Cuatrecasas, founder and CEO of Aquaa Partners, who thinks that “the next major revolution to our society – like the change from the horse and cart to the automobile – is probably going to be in food.”

Speaking in a webinar entitled “COVID-19 – accelerating change in the food industry: how the foodtech sector can help strengthen the industry’s resilience to future shocks”, Cuatrecasas delivered a compelling argument that a number of “small start-up companies in food today are going to change our world, it’s just a matter of time.”

In particular, the author of Go Tech or Go Extinct focused on plant-based and lab-grown meat and fish producers – highlighting the meteoric rise of a number of companies in these fields.

“The exponential effect of technology on meat is not just benefiting traditional meat such as steak, hamburger, chicken and sausages, but also seafood. Several start-up companies, such as BlueNalu and Finless Foods will produce seafood directly from fish cells. This is potentially even a bigger market than conventional meat, as the global consumption of seafood per head is about 22kg, which equates to about 180 billion kg per year. Assuming an average wholesale price of $5 per kg, that’s nearly $1 trillion a year. Grown without brains, organs, skin or any sentience, cell-based seafood is more like plant-based protein and it’s different from many companies developing cellular meat because many of the cell-based seafood doesn’t rely on foetal bovine serum to feed fish cells,” he explained.

And he sees cell-based seafood as having numerous advantages over conventional fish – be it wild or farm-raised.

“One reason I think cell-based seafood could be bigger than conventional lab meat is that means less commercial fishing from the oceans, no fish farming and no contaminants like mercury, toxins, pathogens and parasites, and even micro-particles of plastics, which more and more people are becoming concerned about today,” he said.

Cuatrecasas predicts that the growth of lab-grown meat, cell-based seafood and plant-based proteins, will have a huge impact on conventional agriculture and aquaculture, and that “we’re just not going to need farms in the way we’ve needed farms before.”

And companies involved across the value chain will need to drastically alter their operations in order to continue to be relevant.

“If you are a large established company anywhere in the food ecosystem or the overall value chain you must be designing your entire value chain and operation so it’s accommodating this new world which is inevitable, if not necessarily imminent,” he predicted.