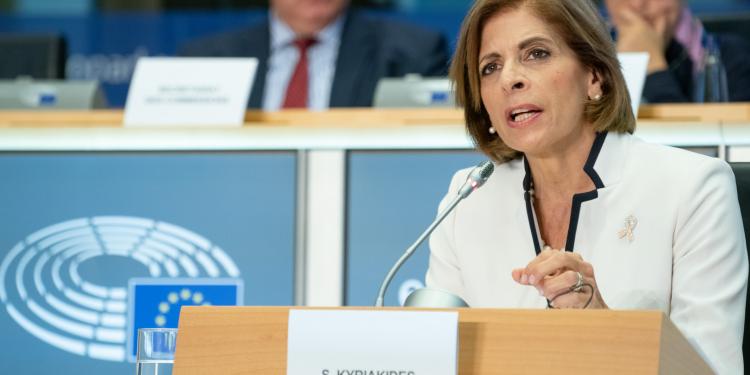 News
Commissioner for Health and Food Safety, Stella Kyriakides underlined that the Commission will monitor the situation closely regarding the illegal trade in companion animals.

Speaking before the European Parliament plenary on Tuesday evening on protecting the EU’s internal market and consumer rights against the negative implications of the illegal trade in companion animals, Kyriakides said she feels quite strongly about this issue and is something that “we, like the Parliament, are committed to controlling and stopping”.

The welfare of companion animals in the EU is mainly regulated at national level. Member states have sole competence for cat and dog welfare and sole responsibility for the identification, registration and conditions for keeping and moving these animals within their national territory, she said.

She further said that clear rules apply to both commercial and non-commercial movements – and cover both animals moved within the EU, and those entering from outside.

These rules are mainly designed to protect animal health and prevent the spread of  serious animal diseases, in particular, rabies. They also ensure any dogs and cats entering the EU or moved between countries are properly identified and vaccinated. Where illegal trade in cats and dogs is identified, it is therefore not usually due to a lack of legislation, she said but rather that because the legislation that is in place is not properly enforced by the Member States.

And that is where we need to collectively devote our energy, Commissioner Kyriakides remarked.