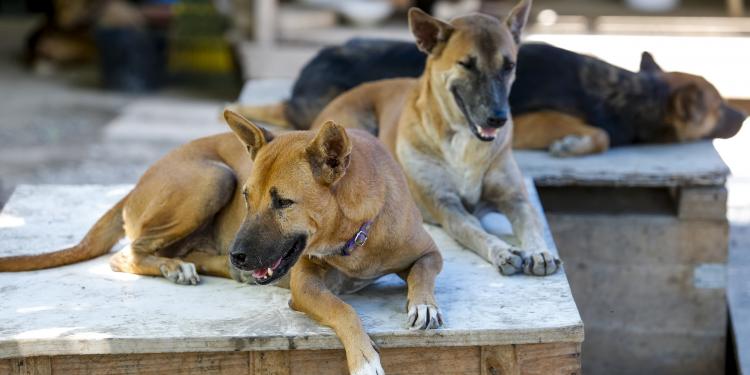 News
Activists hope coronavirus epidemic will be the death knell of tradition.

Volunteers at a Beijing dog shelter hand out treats to dozens of rescued animals which had been bound for a controversial dog meat festival under way this week in southern China.

The annual event in Yulin city always provokes outrage from animal rights activists, but this year they hope the coronavirus epidemic will be the death knell of a tradition they see as cruel.

It is “inhumane and barbaric”, said Jeffrey Bari, founder of the No Dogs Left Behind organisation, which keeps around 200 canines in large wire enclosures on the outskirts of the Chinese capital and re-homes them.

Activists save hundreds of dogs every year by raiding slaughterhouses and intercepting trucks. They say traders steal pets and strays and transport them long distances, mostly to the country’s south.

“You feel a kind of achievement because you’ve changed some dog’s life,” said Ling, who volunteers at the centre.