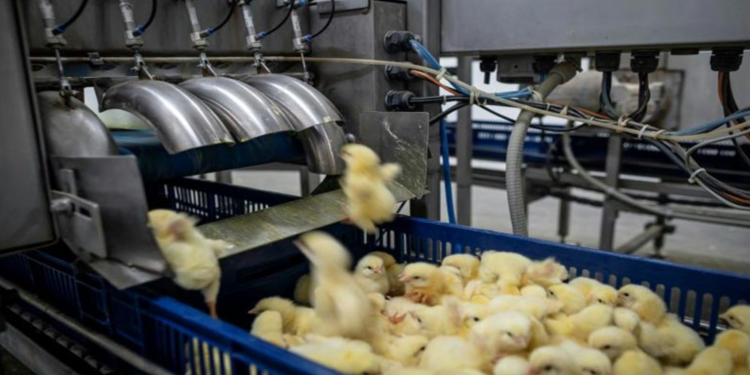 News
In what looks like a Niagara Falls of yellow feathers, thousands of chicks cascade down a conveyor belt in central Poland.

A day old, they only have 41 left to live. Their fate is sealed: once grown, they will wind up on a plate.

Their lives may be brief, but their living conditions could be better, according to animal rights activists, ever more active and influential in Poland and elsewhere.

The city of New York voted last month to ban the sale of foie gras, which is made from the livers of force-fed ducks and geese.

Also last month France announced that the culling of male chicks by maceration would be outlawed by the end of 2021.

For the day-old Polish chicks, their next stop is a chicken coop the size of a hangar.

It houses 54,000 chickens — hopping, pecking, clucking and raising their heads to drink from suspended water bowls.