Castilla-La Mancha bans the use of wild animals in circuses! 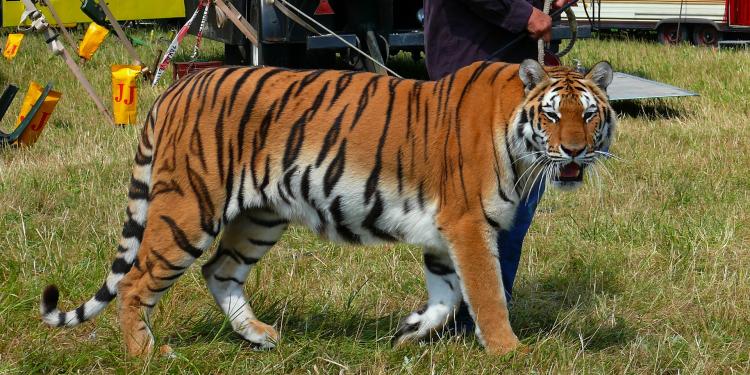 Castilla-La Mancha bans the use of wild animals in circuses!

News
With the recent approval by Castilla-La Mancha of the new Animal Protection Law, which includes the prohibition of circus shows with wild animals, there are now 11 autonomous communities in Spain that have banned these shows.

Over the last four years, the InfoCIRCOS coalition, which our Spanish member FAADA is a part of, has maintained contact with the Parliamentary Groups of the Courts to achieve the ban on the use of wild animals in circuses in Castilla-La Mancha, where the the coalition had done previous work at the municipal level.

From InfoCIRCOS we celebrate this success as the legislation is finally improving and we value very positively the good disposition of all Parliamentary Groups when it comes to including the ban on the use of wild animals in circuses: “ This ban had the consensus of all the Parliamentary Groups and in fact it has been one of the key points that they wanted to regulate in this legislation. The abstention of the Popular Party is due to another reason, as the Group itself has explained, " says Marta Merchán, coordinator of InfoCIRCOS .

With Castilla-La Mancha joining the ban, 77.6% of the Spanish population already lives in territory free of circuses with wild animals, either in the 11 autonomous communities where these shows have been banned, as in the municipalities that have been declared free from circuses with wild animals within the autonomous communities that still do not have a regional ban in this regard.

According to Marta Merchán , "the ban on the use of wild animals in circuses shows that it is something about where there is broad consensus, not only at a public opinion level but, as seen in most communities and municipalities, also from all political formations".