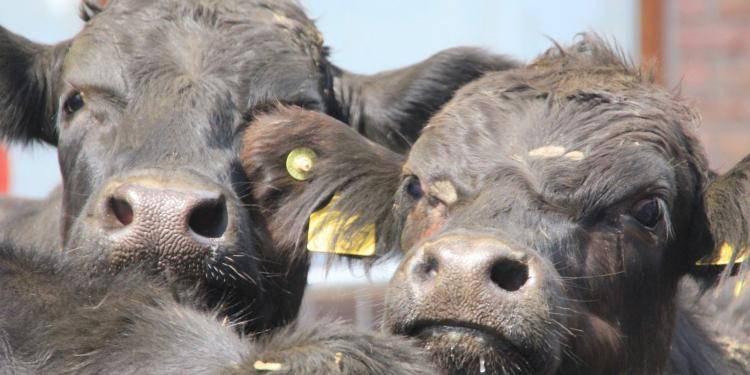 Circulate and sign the petition to ask Stella Line to stop the horrific conditions of transport of calves between Ireland and France.

Ireland is a major milk producer in the EU, which means that many calves are born by the country's dairy cows. Every year, 100 000s of Ireland's dairy calves are exported alive and unweaned (about three weeks old) to the European continent, via France for further fattening/veal production in countries such as the Netherlands, Belgium and Spain. The sea voyage often goes from Rosslare in Ireland to Cherbourg in France through the Swedish shipping company Stena Line.

The transport takes place with animal transport trucks and usually takes between 23-29 hours from loading to unloading. During this time, the calves receive no milk substitute, only drinking water. This is a violation of EU Animal Transport Regulation 1/2005, which states that non-weaned calves must be fed at least every 18 hours. The EU regulation's feed interval in itself is very long, Swedish guidelines are that non-weaned calves should receive milk replacement at least every 8 hours.

The Swedish Animal Welfare Association (Svenska Djurskyddsföreningen) and our partners Eyes on Animals, Ethical Farming Ireland and L214 have since August 2019 repeatedly informed Stena Line that their sea transports of unweaned calves violate EU animal transport rules. We have urged the shipping company to stop accepting these trucks for animal welfare reasons, but Stena Line has chosen to continue the transports. The Irish authorities unfortunately do not seem interested in protecting the calves.

We who sign this petition now call on Stena Lina to stop all maritime transport of calves from Ireland to continental Europe, as long as the EU's animal transport rules are not followed. We ourselves will boycott Stena Line's ferries until the shipping company stops the calf transports.

This petition will be handed over to the management of Stena Line by the end of 2020.