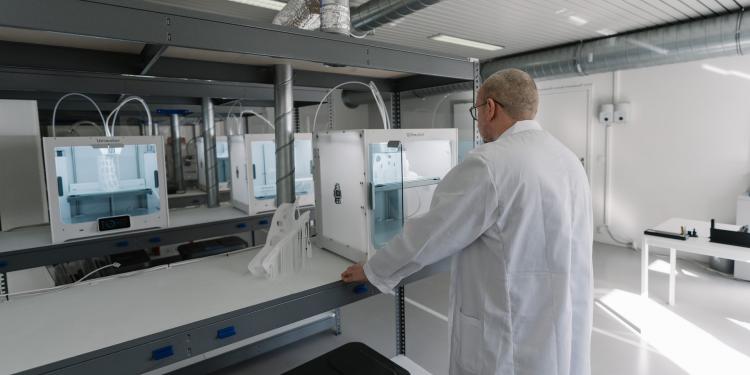 News
Bioprinting is in the vanguard of the war against the novel coronavirus and holds promise for greater understanding of the way SAR-CoV-2 works in the human body. Ultimately, it may aid work in the prevention and treatment of COVID-19, the illness caused by the virus, and demonstrate bioprinting’s potential to reduce animal testing and speed research.

Also intent on bioprinting lung tissues using alveolar bronchial or tracheal epithelial cells is Choi-Fong Cho, assistant professor of neurosurgery at the Harvard Medical School and Brigham and Women’s Hospital, Boston. “Our most widely used model is in animals but there are many differences between a mouse respiratory system as opposed to the human anatomy,” she said. “We aim to use human lung and vasculature cells and create a functional model of the human respiratory system that can mimic and reproduce the organ’s characteristics and functions in a dish. These cells can be grown within an artificial matrix that resembles the lung’s environment to allow us to study their behavior and examine how SARS-CoV-2 affects the respiratory system.”