The Bigard group refuses alternatives to castration of piglets 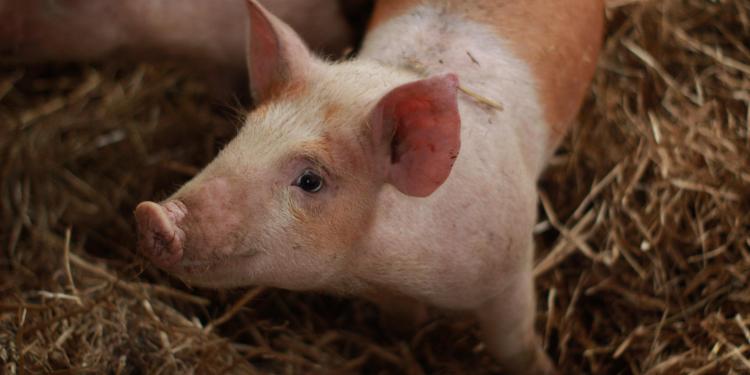 The Bigard group refuses alternatives to castration of piglets

In France, many male piglets are castrated to prevent the development of an unpleasant odour (known as “boar smell”) that may occur when the meat of some carcasses is first cooked. Although this practice is decreasing, it remains problematic: it is extremely painful and stressful for the animal.

The Pig Protection Directive of 18 December 2008 allows the castration of male pigs less than one week old by the farmer, without pain management. Through its Couic2018 campaign, Welfarm has been working hard to reform legislation and practices. Welfarm's campaign has been successful, thanks to public opinion that is largely opposed to piglet mutilation. At the beginning of 2020, the former Minister of Agriculture Didier Guillaume issued a decree announcing the end of live castration of piglets by January 2022.

However, Welfarm pointed out that the decree lacks ambition as it allows the continuation of castration of piglets when anaesthesia and analgesia are performed beforehand. But vets are adamant that the available anaesthesia methods do not completely eliminate the pain experienced by the piglets.

However, Bigard Group, leader in the French meat sector and third biggest meat producer in Europe, will continue to mutilate piglets. The president of the group's pork sector announced at a press conference on 21 May that “Bigard will maintain castration in 2022, for 100% of the animals slaughtered by the group”.

The Bigard Group's stance is problematic, not only because it contributes to blocking any possible debate, but also because it prevents pig producers and their purchasers from fully committing themselves to the total end of castration. As part of its "Committed and Good" approach, the processing company Herta, for example, had demonstrated its support for growing complete males. Following the Bigard Group's announcements, it had no choice but to abandon this position.

Welfarm deplores the Bigard Group's announcements: without a coordinated effort by all stakeholders to develop alternatives to surgical castration in France, millions of piglets will continue to suffer.

The continued use of castration of piglets is all the more unacceptable given that viable alternatives to surgical castration exist.

Welfarm supports the rearing of whole males, accompanied by measures on the slaughter line to detect and direct the rare odorous carcasses towards processed products. This economically viable practice even generates an economic gain of between 2 and 8 euros for farmers, due to better processing of feed by non-castrated pigs. Because of these advantages, the rearing of whole males is supported by a growing number of breeder groups and slaughterers.