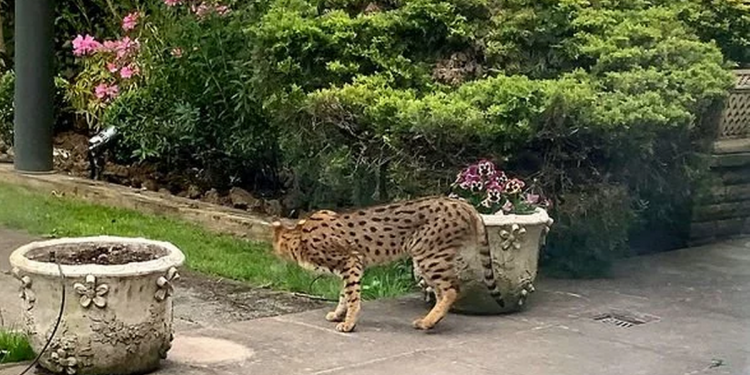 News
An exotic pet cat sparked an armed police response when it was spotted in a back garden.

The large feline, thought to be a rare Savannah breed, caused alarm when it was seen in Winnington Road, East Finchley, north London.

Scotland Yard said firearms officers and an animal expert - to assess the threat posed by the leopard-spotted interloper - were sent to the scene.

After it was deemed safe, the cat ran off. Its owner has yet to be found.

The Met said officers rushed to the neighbourhood - reportedly dubbed "billionaire's row" on account of the high property prices - at 21:00 BST on Monday.

A resident's garden was sealed off, the force said, while the animal expert assessed whether the beast was a danger to the public.

Upon viewing the cat, they concluded it was a hybrid, "namely a cross-breed of a domestic cat and a Savannah cat".