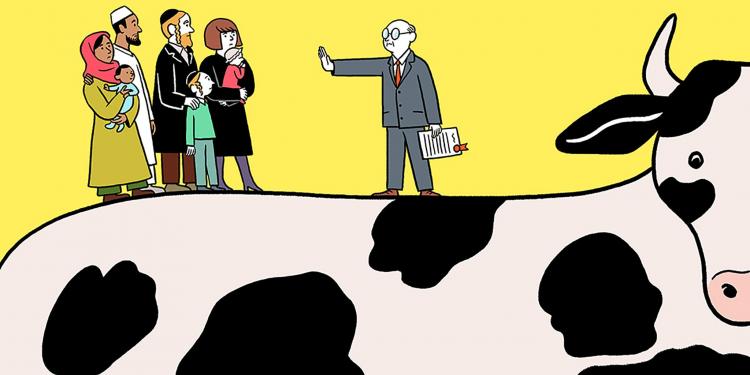 News
The Belgian Council for Animal Welfare reviewed international research on the topic of animal slaughter.

The result is remarkable: For sheep it takes 14 seconds to 5 minutes before spontaneous brain activity stops. For cattle it takes between 19 seconds and 11 minutes. Several audits of Belgian slaughterhouses showed that ritually killed animals were still conscious up to several minutes.

There are two options for politicians: ignore or act. I chose to act and submitted a law proposal that led to the ban against slaughter without stunning. All members of Parliament (except one who abstained) voted for the ban, including politicians from the left and with Islamic beliefs.

The Belgian law is not inspired by anti-Semitic feelings or hate against Muslims. To the contrary, the government funded research to fine-tune the halal stunning method that is already in use in Islamic countries.

Religious freedom is an important value of the Enlightenment. But it cannot be a free guide to animal suffering.