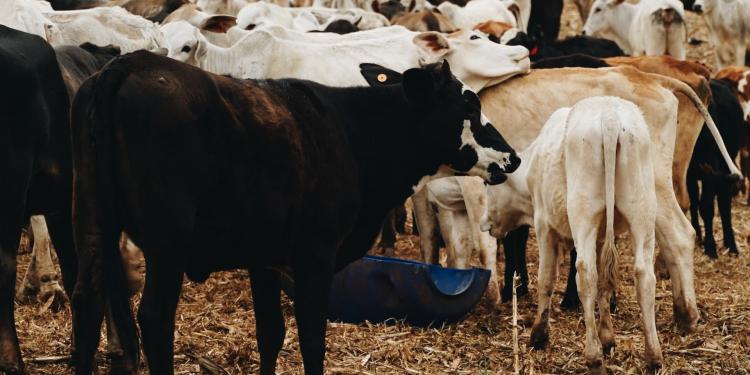 News
A research published in the World Resources Institute in March 2021 found that two of the main products responsible for deforestation are beef and soy, the latter being used for animal feed. The EU, as net importer of these products, should address the impact of such imports on the environment and on animals to ensure coherence between EU trade policy and the EU Green Deal.

According to a research by Global Forest Watch, the total loss of tropical forest increased by 12% overall between 2019 and 2020. Agriculture is the top source of worldwide deforestation (40%), and  among the top commodity-drivers of deforestation, beef holds the first place. Overall, beef is responsible for 36% of all agriculture-linked forest-replacement. The huge responsibility borne by the beef industry is due to the conversion of forests into cattle pasture, which amounted to 45.1 Millions hectares of lands deforested between 2001 and 2015 – a rate that is five times higher than for any other analysed products.

Soy also ranks second in the study, as it is responsible for the destruction of 8.2 million hectares of forests between 2001 and 2015. Soy is widely produced to serve as animal feed, notably in the poultry (37%) and pigs sectors (20%). Therefore, the role played by the meat industry in global deforestation largely exceeds the role played by the beef sector itself.

The findings by Global Forest Watch are deeply alarming, as rampant deforestation has clear impacts on wildlife and their habitats and can lead to the extinction of species that only exist in one specific region. 80% of terrestrial species live in forests, and the world is currently undergoing the sixth great mass extinction of species, which is mainly due to agriculture, according to Global Forest Watch’s report. Deforestation is also a source of many welfare-related concerns. With the increase in wildfires, animals -wildlife, but also pets - are suffering and many do not manage to escape. For the surviving wild animals, many are displaced and will generally suffer from starvation and social disruption.

Considering that agriculture-driven deforestation is permanent (whereas lands that suffer from deforestation caused by fires may regenerate), this adds a sense of urgency for the EU to uphold its sustainable agenda. Mercosur is already the  largest  supplier of  beef  to  the  EU,  accounting  for 73%  of total  EU  beef  imports. If the EU-Mercosur trade deal was implemented as it stands, imports of beef would increase between 30% and 64%. The Ambec report - the impact study commissioned by the French government - concluded that, as it stands, the EU-Mercosur agreement would generate an extra 25% of deforestation in the Amazon in the six years following its entry into force.

As Eurogroup for Animals has been continuously advocating, the unconditional liberalisation of animal products foreseen in the EU-Mercosur trade deal would fuel intensification of animal farming, which not only is extremely detrimental to animal welfare, but would also highly contribute to fuel deforestation. We thus call on the EU to uphold the objectives of the Farm to Fork Strategy, which are to use trade policy “to obtain ambitious commitments” from partners in key areas such as animal welfare. The EU must take the opportunity of the EU-Mercosur agreement to negotiate the adoption by Mercosur countries of EU-equivalent legal standards in key sectors (beef, but also broiler chicken and laying hens), as well as in terms of transport, or to agree on conditions to access tariff-rate quotas or liberalisation in animal products, including the respect of EU-equivalent animal welfare standards.
EU-Mercosur
EU Trade Policy
DG Trade
Deforestation
Beef industry
Deel op FacebookDeel op TwitterDeel op PinterestDeel op Linked InDeel op Whatsapp

Exotic animals should not be kept as pets, agree 87% of Europeans asked
New film shines light on the environmental impact of animal agriculture
No Animal Left Behind: Why no animal should be kept hungry, malnourished or thirsty
Tui travel group under pressure to stop selling SeaWorld tickets