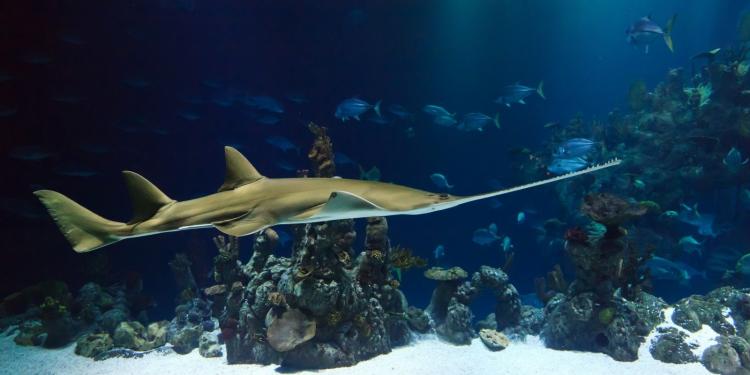 News
Voters in Basel have rejected a controversial project to build a giant aquarium complex for the local zoo – the largest attraction of its kind in land-locked Switzerland.

Nearly 55% of voters came out against an amendment to the cantonal building regulations, according to a statement by the Basel City’s chancelleryexternal link on Sunday.

Environmentalists and animal rights groups argued such an ‘Oceanium’ was not sustainable. They challenged a decision last October by the parliament of canton Basel City to a referendum.

However, Zoo Basel said the project would contribute to nature conservation and environmental education.

It had hoped the planned aquarium would attract some 700,000 additional visitors a year. The new buildings were to house several thousand animals from all climates in about 40 aquariums, including an eight-metre-high single aquarium. This would have been home to sharks, rays, penguins, corals and deep-sea dwellers, living in tidal zones.