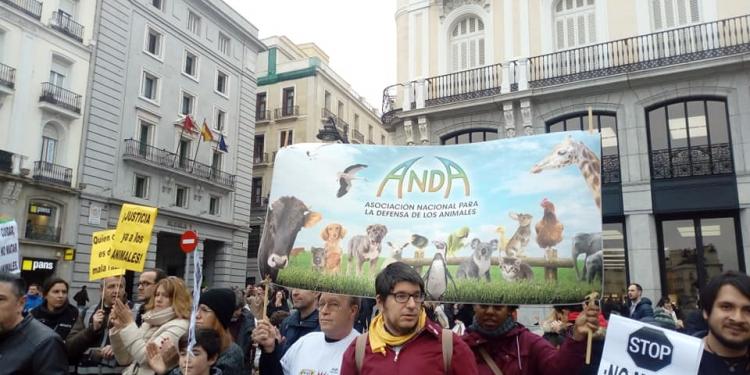 On the first Sunday of February animal protection organisations took the streets to say no to hunting in several European cities.

ANDA is one of the organisations which participated in the protest against hunting which took place the 1st of February in Madrid and in other European cities.

Demonstrations like this have been organized every February since 2010 and the choice of the date doesn't happen by chance. It coincides with the end of the hunting season with greyhound, the cruelest of all hunting modalities, which links the death of animals transformed into prey with the perpetual torment of those used as mere tools. Neither animals considered prey, nor the sentient beings employed as a weapon (greyhounds, hounds or any other animal regardless of race or species) deserve to suffer for simple human fun.