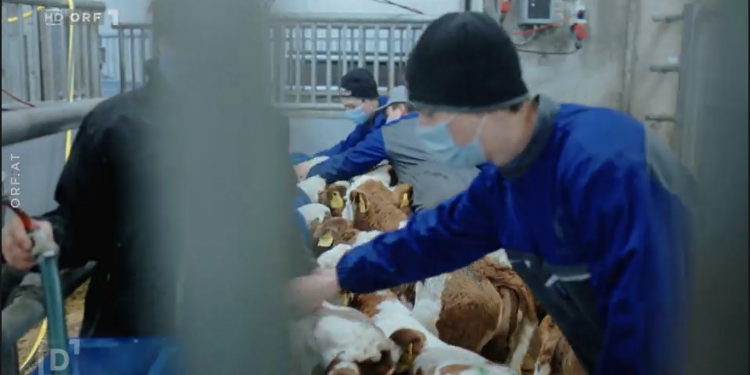 Cattle crammed into trucks, brutally loaded onto ships, slaughtered while fully conscious - disturbing images of animals being transported to the Middle East, including those of Austrian cattle in Lebanon, as well as interviews with Eurogroup for Animals' members Four Paws and Animals International are featured in a new documentary which was broadcasted at prime time on Austrian television.

The documentary feature called "Animal transports - cheap meat at any price?" took a critical look at this much-discussed topic last Wednesday, 13 January 2021. The documentary looks at the crucial questions of how and why these animals from Austria are transported thousands of kilometres, also addressing the crux of why domestic calves are exported at all, while most of the veal for Austrian gastronomy is imported. In the past, these questions have triggered not only a public but also a political debate in Austria.

Every year about 45,000 calves are exported from Austria to countries such as Italy or Spain, while about 100,000 animals are imported to Austria to end up on the plates of local restaurants.

In Vienna, 60 per cent of the Wiener Schnitzel consists of imported veal. Most of it comes from the Netherlands and is produced under conditions that would not be permitted in Austria. This, however, is not comprehensible to the consumer as most menus are not transparent. A schnitzel from Austrian veal would cost 50 cents more, and 20 cents more for pork.