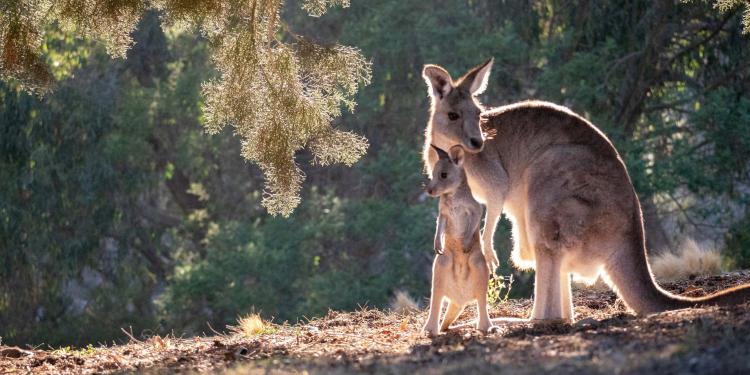 The Federal and New South Wales governments are being accused of turning a blind eye to the commercial killing of kangaroos, while Europe considers a ban on kangaroo meat and skin imports.

A New South Wales parliamentary report into the Health and Wellbeing of Kangaroos and other macropods examined the way the NSW government manages the commercial kangaroo industry, with the inquiry recommending there be greater transparency of kangaroo management plans, programs and practices.

“There was unanimous agreement from the inquiry that there was an appalling inability from both the NSW government and representatives from the commercial kangaroo industry to answer basic questions about their methods,” Kangaroos Alive co-founder Mick McIntyre said.

“Despite the inquiry handing down 23 recommendations to the New South Wales government, only two were accepted in full,” he added.

McIntyre said the inquiry proves Australia has dropped the ball when it comes to monitoring the commercial killing of kangaroos, missing an opportunity to get on the front foot to try to fix issues raised by this New South Wales parliamentary inquiry.

“The government will be left red faced over its dismissive response to the inquiry into kangaroos which found evidence of an unsustainable animal welfare crisis in the commercial kangaroo industry.”

Both the NSW and Federal Government were forced to admit that no one is monitoring this commercial killing at the point of kill and that no records are kept on the number of baby joeys killed each year.

“It is Australia’s shame that we cannot tell our colleagues in Europe how many baby joeys are killed each year in Australia within the commercial kangaroo industry. Nor can we have any faith in the so-called ‘codes of practice’ on kangaroo killing if no-one is monitoring how the animals are actually killed in the field.”

New evidence presented to the parliamentary inquiry shows that up to 40% of kangaroos killed in the commercial kangaroo industry are mis-shot and forced to die slow deaths from secondary trauma.

“The fact is, Europe will act first by banning the import of products, which will in turn cripple this industry,” he said.

A European Parliamentary committee will hold a parliamentary debate in Brussels this month to discuss petitions submitted by three European animal welfare organisations: LAV, World Animal Protection and Eurogroup for Animals. The petitions highlight the numerous issues raised by the kangaroo trade for animal welfare, consumer protection and the environment and call for a ban on imports.

The NSW parliamentary inquiry heard new evidence shining a light on the number of areas in Australia that have declining kangaroo populations. Again the NSW government was unable to answer basic questions on why there were such big discrepancies in the kangaroo population numbers from one year to the next.

“Kangaroos are shot for their meat and the skins then exported, but it happens with little monitoring and now with new evidence that points to a massive loss of kangaroo bio-diversity, that’s going to be a problem for the European Union,” McIntyre said.

“Kangaroo body parts are sold across Europe and the US for pet food, sausages and soccer boots, but we are seeing push back against the inherently cruel slaughter.”

McIntyre says it is compelling that the European Parliament debate on the import of kangaroo products will coincide with World Kangaroo Day on October 24th.

“We are pleased this is happening on World Kangaroo Day, an international day of celebration. It’s sending a strong message that the EU cares about the future of our national icon.”

“EU countries are the largest importers of kangaroo products - for pet food, handbags and soccer boots.”

Australian export data shows the EU remains the first destination of Australian exports of kangaroo meat, with Belgium accounting for 775 tonnes or about a third of the total export.

“Supermarket giant Carrefour has already banned kangaroo meat from its stores, while luxury brands like Gucci, Prada and Versace have also stopped using kangaroo skins in their bags, belts and shoes because of the way the animals are killed.”

“English soccer icon David Beckham even stopped wearing Adidas shoes made from kangaroo skins after watching a video of a young joey and a mother being killed.”

McIntyre and other advocates from Kangaroos Alive and a coalition of 78 other animal welfare groups and NGOs from Europe will be observers at this important debate at the EU.

KA will also meet representatives of the Netherlands Government, as they are a country considering a national ban of kangaroo products.

The US could also follow suit. A bill presented to Congress has already proposed a ban on the sale of kangaroo products. It would mean major manufacturers of football boots, who are believed to buy hundreds of thousands of kangaroo skins a year, would need to find another way of making them.

Australia has the highest rate of mammal extinctions in the world, with 54 native animals becoming extinct and an additional 400 listed as threatened.

“Many Australians are appalled by Japan’s slaughter of whales and dolphins or Canada’s killing of fur seals, but what we are doing to our kangaroos is far worse than that,” McIntyre said.

“We need to learn to value these international icons and acknowledge that they are worth much more to Australia alive. Our tourist industry relies on them and World Kangaroo Day highlights this.

“It invites us all to stop and celebrate this magnificent icon alive.” 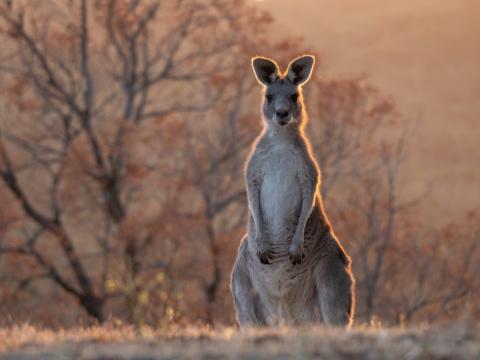 The EU must stop imports of kangaroo products

Monday, 24 October 2022 is World Kangaroo Day. A day to celebrate one of the world’s great icons and recognise the importance of kangaroos to our nation. Despite the kangaroo being such an integral part of Australian culture they are also victims of the largest terrestrial wildlife slaughter in the world. Kangaroos Alive, the not-for-profit organisation behind World Kangaroo Day aims to rally support from around the world for a moratorium on the commercial killing of kangaroos.

The World Kangaroo Day Photo Competition has attracted hundreds entries. Professional and amateur photographers from across Australia have sent in photographs. Wildlife photographers Robert Irwin and Steve Parrish will judge the competition. The winner will be announced on WKD.

Kangaroos Alive is a global movement for the ethical treatment of kangaroos. It is the brainchild of the producers of the award-winning film Kangaroo: A love hate story.

They joined forces with Diane Smith and Greg Keightley to create Kangaroos Alive, who provides funds for; emergency response and ongoing care for kangaroos injured from commercial shooters, fires, road and fence accidents. They have launched World Kangaroo Day to lobby for a moratorium on commercial kangaroo killing.