Australia is deadly serious about killing millions of cats 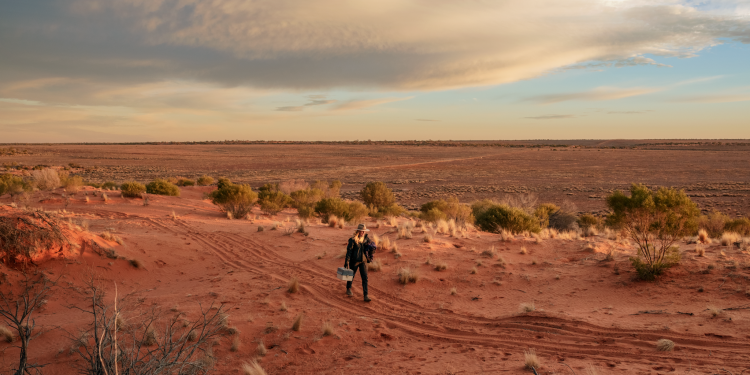 Australia is deadly serious about killing millions of cats

News
In the deep winter weeks of last July, Shane Morse and Kevin Figliomeni nearly always got up before the sun rose.

They awoke next to the remains of a campfire or, occasionally, in a roadside motel, and in the darkness before dawn they began unloading poisoned sausage from their refrigerated truck. The sausage was for killing cats. One morning near the end of the season, Morse and Figliomeni left the Kalbarri Motor Hotel on the remote western coast of Australia, where they dined on steak and shellfish the night before, and drove along the squally coastline. They kept their eyes fixed to the sky. If it rained, there would be no baiting that day.

Morse and Figliomeni unpacked their boxes, filled with thousands of frozen sausages they produced at a factory south of Perth, according to a recipe developed by a man they jokingly called Dr. Death. It called for kangaroo meat, chicken fat and a mix of herbs and spices, along with a poison — called 1080 — derived from gastrolobium plants and highly lethal to animals, like cats, whose evolutionary paths did not require them to develop a tolerance to it. (The baits would also be lethal to other nonnative species, like foxes.) As the sun brightened the brume, the baits began to defrost. By midmorning, when Morse helped load them into a wooden crate inside a light twin-engine propeller Beechcraft Baron, they were burnished with a sheen of oil and emitted a stomach-turning fetor. The airplane shot down the runway and lifted over the gently undulating hills of the sand plains that abut the Indian Ocean.

Rising over the mantle of ghostlike smoke bushes that carpeted the ground to the treeless horizon, the plane traced a route over the landscape, its bombardier dropping 50 poisoned sausages every square kilometer. It banked over the deep cinnamon sandstone gorges carved by the Murchison River, which extends to the coastal delta, surveying the edge of one of earth’s driest, hottest continents, where two to six million feral cats roam. As it flew, it charted the kind of path it had done dozens of times before, carpeting thousands of hectares of land with soft fingers of meat, laying down nearly half a million baits in the course of one month. Dr. Death, whose real name is Dr. Dave Algar and who is the principal research scientist in the Department of Biodiversity Conservation and Attractions for the state of Western Australia, told me that he began developing the recipe for the poisoned sausages by examining cat food in supermarkets and observing which flavors most thrilled his own two cats. As Morse said: “They’ve got to taste good. They are the cat’s last meal.”