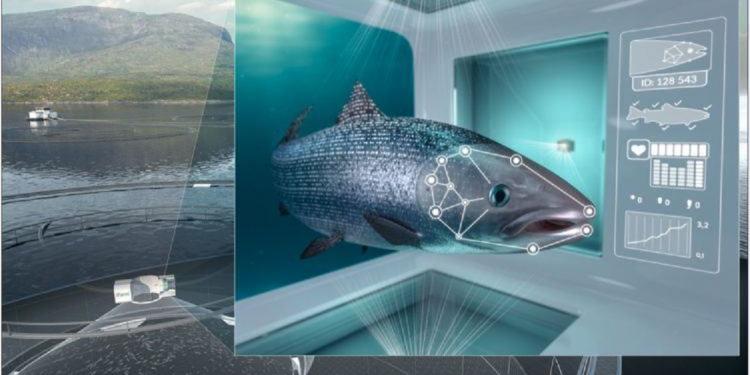 News
A new aquaculture system that is designed to allow the farmer to identify up to 150,000 fish in a pen individually has been stocked with salmon for the first time. The iFarm, which has been developed for Cermaq by a startup called BioSort, uses artificial intelligence and machine learning to identify each fish in a net pen, allowing for targeted health interventions if required and health records for each individual fish.

It will measure factors including weight and growth rate of each individual fish. Lice will be counted on the whole fish. Any wounds and signs of illness will also be registered in the fish's health record.

In theory, it can sort the fish so that any treatment is adapted to the individual's needs and only fish that need it are treated - without handling or sorting which is stressful for the fish.

Last December, Cermaq Norway was awarded four development licenses for iFarms, and preparation work started in January, enabling the first fish to be stocked into the system last week.

The system houses up to 150,000 salmon per pen which are kept lower in the water column than conventional net pens, through use of a net roof. When the fish rise to the surface to refill their airbladders, they are guided through a portal, where a sensor can quickly scan and record data on that specific fish, using recognition data based on each fish’s unique markings and structure.

According to Cermaq, a prototype of the sensor itself will not be in place until November, allowing the fish to become used to their new environment over the coming eight weeks. Until then, Cermaq will spend time observing the fish's behaviour in the cage, how they move and how they eat, so that they can make any adjustments before they install the sensor. In addition, Cermaq hopes that this time will also allow them to develop and implement good operating practices.

If the project is successful it is seen as a leap forward for fish welfare, performance and overall farming practices.

“What we are trying to achieve with iFarm is to develop a technology that, in the long-term, can lead to better fish health and welfare and help strengthen the competitiveness of coastal farming. We have high expectations that the health and welfare of the salmon can be improved with iFarm, if we succeed,” says Karl Fredrik Ottem, Cermaq's project manager for iFarm.

The iFarm project trial will run until 2025, and Cermaq recognises that they are in the very early stages of the project and that it is a very complex system which will require sophisticated interaction between farming equipment, machine vision and fish behaviour in full scale. Advanced underwater technology still needs to be developed that can work in close interaction with the fish. The knowledge and experience gained from this first stocking of fish will be used to optimise the design for the second stocking, which is planned in 2021.