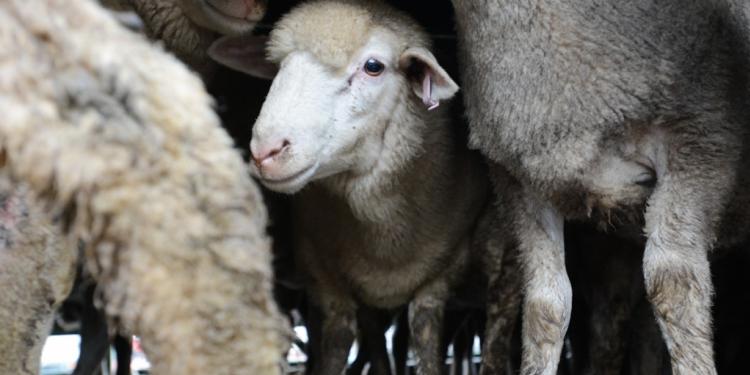 Animals International has launched the campaign #SalveazăMiorița (Save Miorița) to urge Romanian parliamentarians to introduce a ban on live exports.

Romania is Europe's biggest exporter of live animals. Every year, more than a million lambs are crammed onto ships and transported in unimaginable conditions to the Middle East and Africa.

Animals International worked with a Romanian based media agency to re-create a popular ballad "Miorița" that was about a strong connection between a sheep and her shepherd where the sheep saved his life. In this re-interpretation with singer Mădălina Pavăl, it is the turn of the shepherd to spare the sheep from suffering a cruel death caused by live export. The video clip illustrates the useless tragedy of animals exported by ship to distant countries where they are brutally killed.

The "Save Miorița" campaign is accompanied by a petition addressed to all parliamentarians in Romania.

People were not born to harm other beings. I think that parliamentarians only need to be reminded of this truth and that goodness dwells in each of us. The time has come for the export of live animals to become a thing of the past. In the better world that we want, this barbarism has no place. It will be more profitable for Romania, we will restore our country's tarnished reputation and the unnecessary suffering of animals during transport and at their destination where they are brutally killed will disappear.
Gabriel Păun, director of Animals International