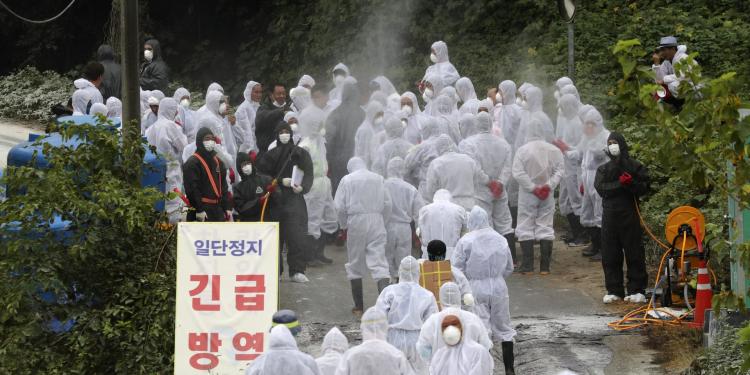 News
Welcome to our monthly roundup of the biggest issues in farming and food production, with must-read reports from around the web
Almost a quarter of the world’s pigs are expected to die from African Swine Fever (ASF), with Chinese authorities having already warned that the country’s pig population was 40% smaller this year. European food safety officials have said countries in south-east Europe, including Croatia and Greece, were most at risk from ASF spreading through their pig herds.

Ecuador has emerged as a major supplier for China’s surging demand for shrimp. Chinese demand has doubled over the past decade, but disease outbreaks in its domestic industry have left it increasingly reliant on imports. China has also now lifted its ban on Canadian beef and pork imports, enacted after residues of the banned feed additive ractopamine were found.

A new campaign funded by the European livestock sector has warned the EU risks a rural exodus if it goes forward with any plan to significantly reduce livestock numbers. It follows reports calling for a 40–50% reduction in the size of Europe’s meat and livestock sector to reduce its environmental footprint. Separately, scientists have claimed the €60bn (£51bn) a year common agricultural policy (CAP), which hands out subsidies to farmers, is largely ineffective at retaining or restoring biodiversity.
Read more at source
The Guardian
Pigs
African Swine Fever
Non-animal science
Deel op FacebookDeel op TwitterDeel op PinterestDeel op Linked InDeel op Whatsapp