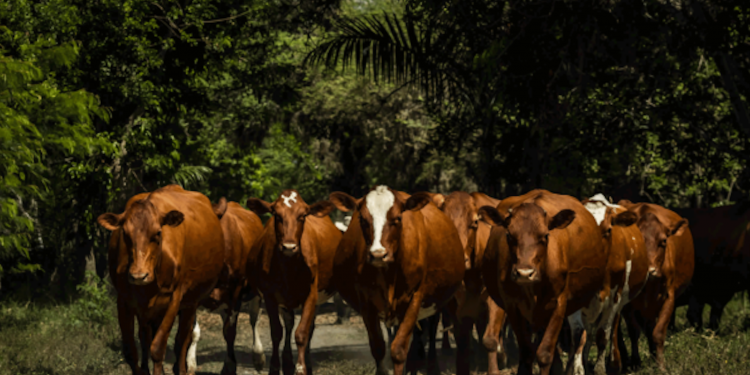 The interim Sustainability Impact Assessment (SIA) of the EU-Mercosur trade talks, which was presented to Civil Society this week, contains a paragraph specifically on animal welfare – but it is very poorly written, and doesn’t properly analyse the impact on animals of the agreement’s proposed scenarios.

Not only that, but this one animal welfare-focused paragraph restricts the topic to slaughter and transport conditions. Perhaps even more importantly, many other findings in the SIA would have deserved an animal welfare-based analysis. The section that reviews the environmental impact of the agreement, for example, does not bring up animal welfare except as a value that consumers consider.

Eurogroup for Animals pays attention to SIAs, as they can serve as a basis for the work the EU will carry out if or when an agreement is implemented – so the lack of attention paid to animal welfare in the assessment, released on Tuesday, is a disappointment.

The interim report contains specific case studies on the dairy and beef sectors, with the latter containing the paragraph specifically on animal welfare mentioned above. As the researchers consider the agreement will not have a dramatic impact on the output of the beef sector in the EU and Mercosur, it considers it will not have an impact on animal welfare. Better, it will provide opportunities of cooperation, which they welcome.

This falls very  short. Many other findings in the SIA would have deserved analysis from an animal welfare-based perspective. For instance, they consider that beef output will decrease in the EU and increase in Mercosur, but they do not look into the consequences for animal welfare. Mercosur countries have lower animal welfare regulations, and in Brazil and Uruguay, feedlots are becoming more and more common. In addition, transport conditions are known to be poorer in Mercosur countries.

The report also mentions that density of animals could be increased (for beef) or their productivity improved (for dairy cows), but does not look at how such processes could impact the welfare of the animals.

The SIA also indicates a modest increase in overall GHG emissions post-agreement. This should not be accepted. Trade agreements should contribute to our fight against climate change, not make the situation even worse.

Finally, the report does not mention antimicrobial resistance, while it is linked to sustainability and listed as a field for cooperation in the agreement. We raised this absence and called for it to be looked at also in connection with animal welfare and good husbandry practices. This is crucial, as an academic piece recently published in Science underlined Uruguay and Brazil as antimicrobial resistance ‘hotspots’.

(This article was written by Stéphanie Ghislain​​ and was originally published in the Eurogroup for Animals' trade blog.)