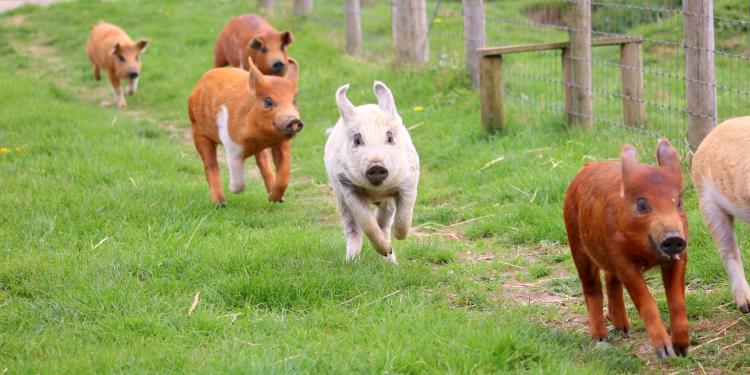 In an open letter to the European Commission, Eurogroup for Animals reiterated its call for the revision of EU animal welfare standards to cover imported goods. “Animal welfare is not properly considered in the framework of trade law, yet, it’s a crucial field when we discuss reciprocity”, argued the former French Minister for Agriculture and Food Julien Denormandie in the introductory remarks during an event held in Brussels in March 2022. “For the end of 2023 we’re expecting a legislative proposal on animal welfare in the context of the Farm to Fork strategy, and I believe it is essential for it to include a reciprocity component”, he added.

Applying EU animal welfare standards to imported goods is desirable as it would ensure that European consumption does not fuel inhumane and unsustainable models of production beyond the EU’s borders.

According to a 2016 Eurobarometer survey, over 90% of EU citizens are in favour. In addition, it would avoid that the EU ends up externalising the concerns it intends to fight through regulation, in this case the lack of animal welfare.

Whilst facing huge global challenges, the EU can lead the way towards a truly sustainable and humane food system and trade policy. If the EU wants to live up its reputation as a leader in animal welfare, it is of utmost importance to include imports within the scope of our revised animal welfare standards.
Reineke Hameleers, CEO of Eurogroup for Animals

The application would also be feasible under international trade rules. Our joint report with Compassion in World Farming Bye Bye cages details the full  argument for the specific case of cages.

WTO rules can be a hurdle but it’s not impossible. We have a caselaw very clear on that and on the conditions that have to be met. When there is a moral concern, we can of course legislate and we’ll be doing this in a number of areas.
Iciar Chavarri-Ureta, Deputy Head of the Agriculture, Food and Sanitary and Phytosanitary Matters Unit in DG Trade

Animal welfare is a global concern, as further demonstrated by the adoption of a resolution on the nexus between animal welfare, the environment and sustainable development at this year’s session of the UN environmental assembly and by the support expressed by non-EU NGOs in favour of stricter EU import requirements on animal welfare.
File
Eurogroup for Animals - Open letter on mirror measures for animal welfare - trio.pdf60.56 KB
Read more at source
GRAPE 2: A narrow path for EU agri-food mirror measures?
EU Trade Policy
Deel op FacebookDeel op TwitterDeel op PinterestDeel op Linked InDeel op Whatsapp