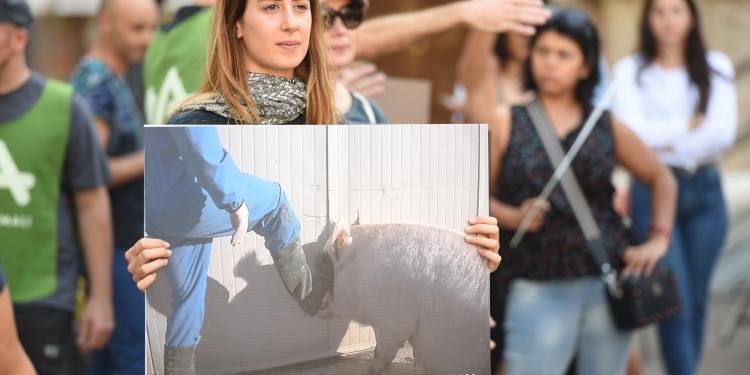 Bologna, 21 July - Closure of the farm located in the municipality of Senigallia (AN), where in 2018 an undercover investigator from the organisation Essere Animali – hired as a worker – used a hidden camera to film the violent behaviour of staff towards pigs bred for a well-known PDO (‘premium’) circuit.

The news is also being communicated by the same group Essere Animali which, after the broadcasting of the investigation, launched a campaign to demand the farm’s closure. Although the decision to close the business was made by the farmer, for the organisation this is clearly attributable to the release of the shock footage. In fact, from the documents recently received by the Department of Prevention, Hygiene Service for Livestock Breeding and Production of the healthcare department Azienda Sanitaria Unica Regionale (ASUR) of the Marche region, it appears that the farm closed after sending to slaughter the last pigs that were already there when the investigation came to light. The farm is not currently assigned any of the business codes required to pursue the activity of breeding any species of animals regarded as livestock.

The images of the investigation achieved widespread coverage in the media and quickly went viral. In addition to the killing of the sow, who died after 30 minutes of agony following numerous hammer blows to the head, the video shows the use of the electric taser on sick pigs who were unable to move, the cruel handling of animals while they were being moved – with smaller piglets literally being thrown and adults hit on the snout with iron bars – and the presence of hundreds of bodies, left outdoors and piled together in buckets, in breach of health regulations. The hidden camera of Essere Animali's investigator also filmed some of the workers (those who were not committing these violent acts) protesting at the treatment inflicted on the pigs.

The footage and images caused a tremendous uproar. Two parliamentary questions and one regional question followed, and the then Minister of Health Giulia Grillo also condemned the violence filmed by the investigator. In the days that followed, Essere Animali promoted a large demonstration in the square in Senigallia and launched a petition to ask the relevant institutions to immediately revoke the farm’s permits, a petition that has now been signed by over 280,000 people.

“The images filmed by our investigator revealed a reality of ongoing abuse and violence. Since the release of the investigation, our aim has always been to close the farm and today we can finally say that no more animals will be abused at this horror farm, a result that confirms the importance of our investigations which are a fundamental tool for shedding light on crimes against animals,” says Simone Montuschi, president of Essere Animali.

The closure of the farm does not affect the legal action that the organisation has taken against those responsible for the violence, reported to the Ancona Public Prosecutor's Office for the alleged crimes of killing animals (art. 544-bis of the Italian Criminal Code) and mistreatment of animals (art. 544-ter of the Italian Criminal Code), as well as for specific violations of the regulations for the protection of pigs. Following the charges, the Carabinieri Forestali responsible for the territory carried out a blitz on the farm, seizing the sledgehammer used to kill the sow, several tasers used in breach of the current legislation, the iron pipes used to beat the animals and the instruments used for the castration of pigs, an operation that was carried out by unauthorised personnel and outside the periods allowed by law.

Essere Animali – who are we?

Essere Animali is an organisation that carries out courageous investigations to reveal the conditions of animals on intensive farms and in slaughterhouses. Our campaigns encourage institutions and companies to pursue policies in favour of animal rights and are inspiring more and more people to make informed food choices.