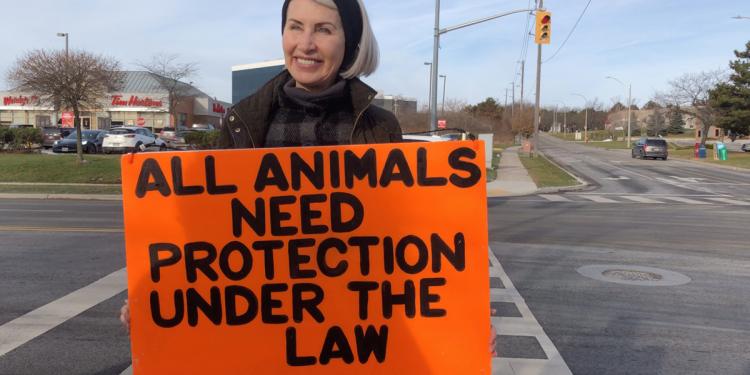 News
The longtime activist was killed while protesting.

A longtime animal rights activist was fatally struck by a truck on Friday while she was protesting outside a slaughterhouse west of Toronto, her friends said.

Regan Russell, a member of Toronto Pig Save, died after being hit by a transport truck full of pigs on its way to Fearman’s Pork, a processing plant in Burlington, Ont., said Anita Krajnc, the group’s co-founder.

“She was in front of the truck when it ran over her,” said Krajnc, who did not witness the incident but had heard from other activists who were there at the time.

The death of the 65-year-old activist comes just two days after the province passed controversial legislation that hiked fines for trespassing on farms and food-processing facilities and made it illegal to obstruct trucks carrying farm animals.

Dozens of activists gathered at the plant Friday to mourn their friend.

“She was a sophisticated, well-educated woman who was very strong and always determined to do the right thing,” Krajnc said.