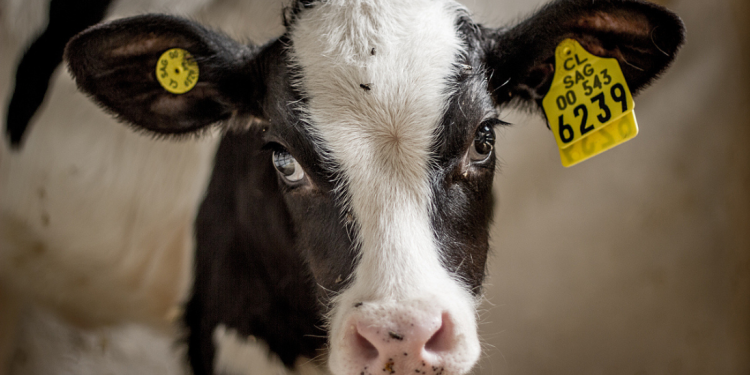 A rising number of young calves are being transported over long distances from Denmark, according to the report "Long-distance transport of calves", published today by Animal Protection Denmark. In 2021, 40,546 calves were sent on journeys abroad lasting more than eight hours. This is 60 percent more than in 2016. The figures are for cattle less than six months old, but samples show that virtually all calves - 99 per cent - are less than eight weeks old at the time of dispatch.

Transport is a major welfare burden for farm animals, who may be exposed to stress, injury, hunger, thirst, dehydration, exhaustion, and overheating. The calves, which are often only two or three weeks old when exported, cannot consume water or food during transport without human assistance. Therefore, they are particularly at risk of prolonged hunger and thirst when transported over long distances. Nine out of ten calves are exported to the Netherlands on journeys of up to 17.5 hours. In the Netherlands — and to a lesser extent in Belgium — they are being raised under conditions that have major negative consequences for their welfare with practices prohibited in Denmark.

The transport of calves is in principle subject to the EU Transport Regulation. However, individual Member States have the option of banning the transport of selected groups of animals that are deemed unsuitable for transport for specific reasons. Denmark already has a specific ban on long-distance transport of sows that have had a long and gruelling life giving birth to many large litters of piglets. In Sweden there is an industry agreement not to export young, unweaned calves at all.

The European Commission has decided that the Transport Regulation will be revised in 2023. In this context, the need for much stricter rules, in particular for the transport of unweaned animals including calves, has been highlighted during the initial hearings of the European Parliament's Committee of Inquiry on the Protection of Animals during Transport (ANIT), including by international animal welfare organisations and the Federation of Veterinarians in Europe (FVE).

It is completely unnecessary to subject infant calves to these long and exhausting journeys. And the figures show that more and more animals are suffering as a result. The Minister for Food should ban it completely as soon as possible. Even the current and inadequate minimum requirements for the protection of calves are not respected. A ban on long distance transport of Danish unweaned calves is the only right thing to do and farmers should be able to fatten their own bull calves here at home.
Britta Riis, Director of Animal Protection Denmark