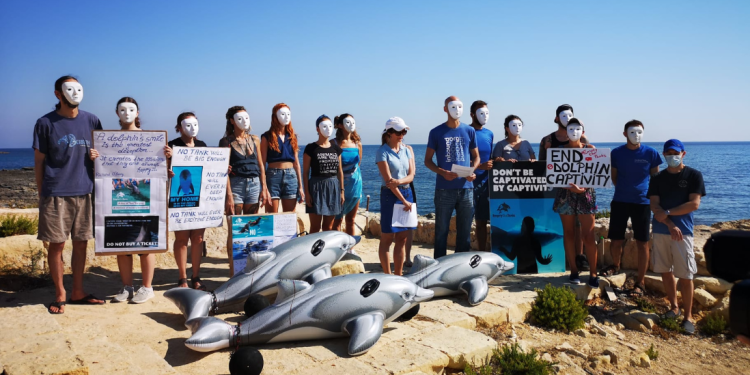 Animal Liberation Malta (ALM) has revealed that that between August and September of 2021 three female dolphins died at the Mediterraneo Marine Park at Baħar iċ-Ċagħaq, Malta. The news was never made public nor was it registered in the non-profit cetacean register Ceta-Base, as is common practice in other international wildlife parks.

Two of the female dolphins that died, named Onda and Mar, were believed to be around 20 and 25 years old respectively, had been caught in the wild in Cuba and kept at Mediterraneo since 2000, the group said.

The third dolphin, Melita, was just seven years old and was born in the park in 2014. She never swam in the open sea.

ALM also called upon authorities to investigate why Mediterraneo is allowed to operate under a zoo licence, when their dolphin shows acted as a “permanent aquatic circus”. The law, they said, defined circuses as places where animals are introduced for the purpose of performance and shows, which Mediterraneo’s dolphin shows offer as a form of entertainment.

Circuses with animal performers have been banned in Malta since 2014.

ALM called on the government as well as the park owners to shut down Mediterraneo and transform it into a rehabilitation center for aquatic animals.

The Animal Welfare Commissioner Alison Bezzina has opened an inquiry to understand how the investigation was conducted by the government veterinary department.

I was very concerned when first advised of the disappearance of the 3 dolphins from Mediterraneo. A member of the public was told by the park that the dolphins had been moved to a facility in Spain, and contacted us to investigate further on the export. Having contacted authorities in both Spain and Malta, we were advised that the dolphins had not gone to another park but had, in fact, died at Mediterraneo. We continue to work alongside Maltese authorities to discover why the park were not been forthcoming with this information and an investigation is now vital to learn how these animals died, and the true situation at the facility.
Margaux Dodds, Director of UK based NGO Marine Connection