Animal farming in EU worse for climate than all cars 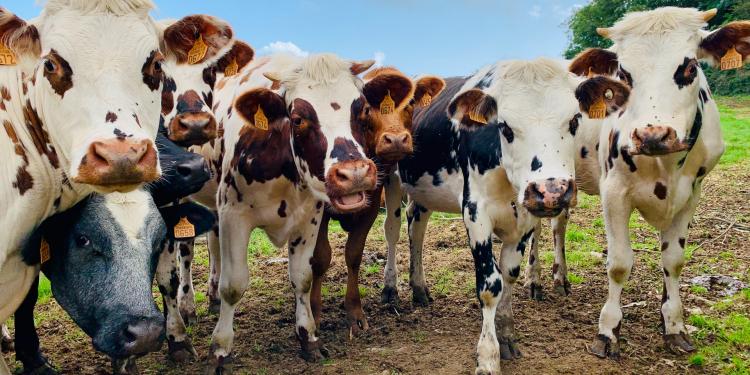 Animal farming in EU worse for climate than all cars

News
Less and better animal farming is crucial in the fight against climate breakdown, but it is also essential in preventing new pandemics.

Greenhouse gas emissions from animal farming in the EU account for 17% of the EU’s total emissions, and do more damage to the climate than all cars and vans put together, according to new analysis. The scale of the problem means that the EU cannot reach the goals of the Paris climate agreement, and avoid the worst impacts of climate breakdown, without a reduction in the number of farm animals, said Greenpeace.

The analysis by Greenpeace also found that yearly emissions from animal farming rose by 6% between 2007 and 2018. The increase, the equivalent of 39 million tonnes of CO2, would be like adding 8.4 million cars to European roads.

Science is clear, the numbers as well: we can’t avoid the worst of climate breakdown if politicians keep defending industrial production of meat and dairy.

The new calculations, using UN Food and Agriculture Organization data and other peer-reviewed scientific research, estimate that animals on European farms emit the equivalent of 502 million tonnes of CO2 per year. When including indirect greenhouse gas emissions, coming from animal feed production, land use, deforestation and other land-use change, the total annual emissions attributable to European animal farming are the equivalent of 704 million tonnes of CO2.

Greenhouse gas emissions from animal farming in the EU are: