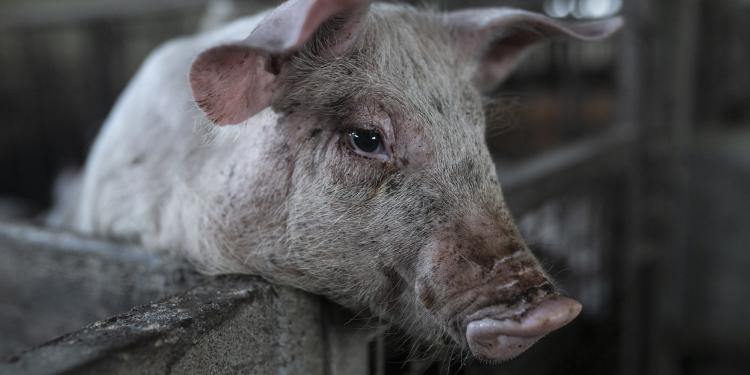 'Let's talk about pork' is a campaign launched by the French, Spanish and Portuguese meat industries to improve the image of pig farming. Animal Equality Spain has launched a counter-campaign called "Real or Fake?" to dispel the myths propagated by the pig industry's ridiculous campaign.

Despite scientific evidence linking meat consumption, particularly red meat, to poor health, the European Union allocated 138.7 million euros to meat and meat products promotional campaigns. For years, the Spanish biggest pig industry, "Interporc," has been subsidized by the government, and it recently received a grant of more than 9 million euros to continue marketing its products in 2020 and 2021. The European Commission has also awarded a grant of 2.5 million euros to the recent pro-meat "Let's Talk About Pork" campaign, in which Interporc has invested 3 million euros.

This campaign is an attempt to stay afloat in the face of declining sales and a more aware society. It aims to change the public's perception of pig meat, which has been tarnished by debate over its sustainability and animal welfare concerns, particularly among young people. The campaign even claims to want to put an end to "fake news," but says nothing about the pigs who are kept in suffocating conditions for months at a time, or the massive amounts of waste and pollution produced by industrial pig farming.

Animal Equality Spain, along with other European non-profit organizations, has submitted a position paper to the European Commission and created a petition calling for the use of public funds for meat industry marketing to be phased out.