After nearly three months the Karim Allah bovines are still onboard 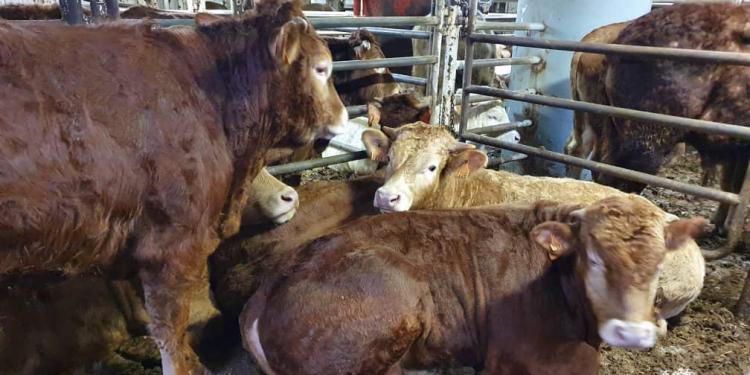 After nearly three months the Karim Allah bovines are still onboard

News
The animals mistreatment has no end: 864 cows lost in a bureaucratic limbo due to the lack of contingency plans, in violation of the current Transport Regulation.

As reported last week, the cattle onboard the Karima Allah vessel were supposed to be unloaded and then killed.

In the past few days, the vessel’s Master, with the intention to find a new buyer and export them again, tried to prove that the animals were healthy and that there was no reason to cull them.

The Spanish veterinary authorities though, were clear in saying that the bovines need to be killed, since their conditions were unfit for transport to third countries due to the consequences of the long journey. The vessel’s lawyer has until Thursday 04/03 to prove that the animals should not be killed and instead exported for slaughter.

Meanwhile the animals remain on board as the Cartagena port has no facility to host them. We demanded, to no avail, the immediate unloading because after nearly three months at sea these animals deserve resting time and veterinary care, in line with relevant EU animal welfare legislation.

Since the veterinary services assessed  that the cattle cannot travel further, we call on the EU and the Spanish Authorities to immediately take all the necessary measures to relieve the animals from this situation.
Live transport
Stop Live Transport
Spain
Deel op FacebookDeel op TwitterDeel op PinterestDeel op Linked InDeel op Whatsapp