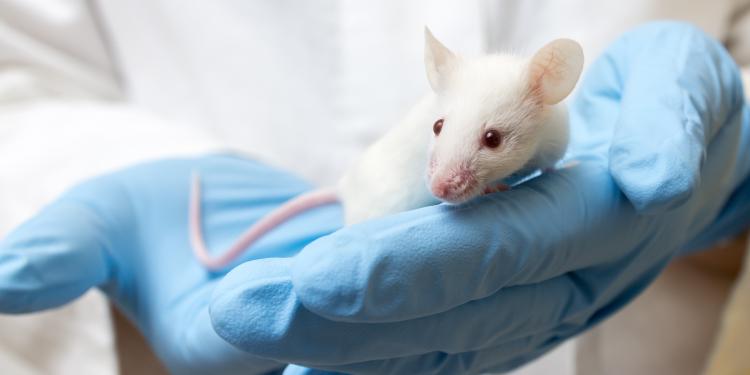 BRUSSELS (Nov. 17, 2021)-- The Intergroup on the Welfare and Conservation of Animals organised an extraordinary meeting on Accelerating the transition to animal-free innovation, in partnership with Eurogroup for Animals and Humane Society International/Europe.

This special session featured a roundtable panel debate on the opportunities opened up by the European Parliament’s recently adopted resolution on an action plan to transition to animal-free innovation “with the aim of driving the active phase-out by reducing, refining and replacing procedures on live animals for scientific and regulatory purposes.”

Kirsty Reid, Director of Science Policy at the European Federation of Pharmaceutical Industries and Associations, stressed the need for stronger collaboration and mentioned the existing good collaboration between industry and civil society, like the partnership with Humane Society International on the deletion of an obsolete animal-based safety test for some pharmaceutical products. She underscored her belief that government agencies and regulators must place more trust into innovative methods.

One of the core ideas of the resolution is to promote new technologies capable of replacing animal models by providing data that are more relevant to human biology than animals. One of these technologies is organs-on-chips.

Thibault Honegger, CEO of The Neuro Engineering Technologies Research Institute, explained why organs-on-chips are so often described as a game changing technology capable of better mimicking aspects of human biology than animals or simpler in vitro models. Honegger provided examples of organs-on-chips being used right now, like the Parkinson’s chip device and the one used to develop an anti-pain treatment, which are already having a direct impact on human health, in a way that could not have been achieved using animals. From his point of view, what the EC needs to include in the Action Plan is a global approach covering the entire production chain, and the enhancement of biobanks and cells databases, along with a dedicated stakeholders’ task force as in the US.

Another point underlined by the EP resolution centers on education in non-animal methods. There is little point in having the most advanced technologies in the world if very few people know how to use them. Prof. Beatriz Silva Lima, Dean of the Faculty of Pharmacy at the University of Lisbon, suggested that the EU, in order to foster the knowledge and use of new advanced non-animal methods in academic research, should make these methods more available to researchers because at the moment animal testing is still cheaper. So, even if there are different new advanced technologies (e.g. organoids and organs on chips), they are sometimes not affordable. Prof. Silva Lima also highlighted the need to facilitate access to human tissues and cells to foster the speedier development of human-focused models.

Prof. Ingrid Visseren-Hamakers from the Radboud University shared her view that the European Commission, in order to ensure that this plan delivers significant reductions of animal use, improves health research and produces economic benefits, must link the Action Plan to other policy areas. Animal-free science is part of a larger set of trends including a shift in attitudes towards nonhuman animals. The EU Green Deal asks that we protect human health and the environment and to be able to do that we need new science, human-relevant science and transformative change. If we transform our society, for example using less chemicals and pesticides, changing our diets and moving towards a preventive curative system, we would need less animal testing and could proceed with the implementation of laws and policy that support a shift to non-animal methodologies.

Anja Hazekamp, President of the Intergroup, concluded by informing the audience that the Intergroup will now request a meeting with the European Commission to share the conclusions of the event and discuss views on the Parliament's call for an Action Plan.

Agenda Accelerating the transition to animal-free innovation: Measures for an action plan to phase-out experiments on animals

‘Organs-on-chips’ represent a new market sector growing quickly at a rate of 28% per year, which means that the market size will be multiplied by 7 by 2030 according to projections.

With a presence in more than 50 countries, Humane Society International works around the globe to promote the human-animal bond, rescue and protect dogs and cats, improve farm animal welfare, protect wildlife, promote animal-free testing and research, respond to natural disasters and confront cruelty to animals in all of its forms. Learn more about our work at hsi.org