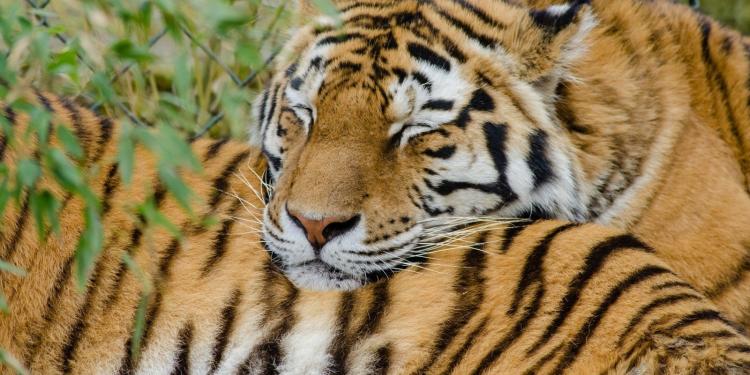 On Thursday, the 14th of April, it will be exactly 50 years ago that AAP (Animal Advocacy and Protection) was founded in The Netherlands. At first, all kinds of exotic animals were taken in at the home of founders Okko and Riga Reussien. Two years later, the animals were moved to a more spacious location: an old greenhouse in Amstelveen. Today, AAP runs two large rescue centers: since 1996 in Almere, the Netherlands and since 2009 also in Villena, Spain. The animal welfare organization also advocates across Europe for a better regulation of the exotic pet trade, as well as to end the use of wild animals in circuses and to effectively fight illegal wildlife trade. Where does AAP stand today and what are the targets for the future?

In those 50 years, approximately 4,850 animals have been taken in at the AAP rescue centers. At least 1,794 primates (including 87 chimpanzees) and 1,727 other mammals were brought to AAP. In 2016, AAP also started rescuing big cats, 61 of which have been rescued in recent years. Because it was only decided in the mid-90s that AAP would specialize in exotic mammals, no fewer than 1,026 reptiles, 292 birds, 7 amphibians and 1 insect are also recorded in the archives.

Moving on
The mission of AAP is to end the suffering of exotic animals in Europe. This cannot be done through rescue and rehabilitation alone, but also requires better legislation to prevent exotic animals from enduring suffering in the first place. Over the past decades we have seen more and more EU countries take on the legislative solutions that we advocate for, such as Positive Lists to regulate the exotic pet trade and bans on the use of wild animals in circuses.  We will continue to push for the legislative change we wish to see throughout the EU for as long as it is necessary, even if it takes another 50 years.

It fills me with great pride that AAP is still gaining in strength and impact after so many years. This anniversary is a good time to realize how many animal friends – in the Netherlands and the rest of Europe – are standing next to us to help animals in need. And their numbers are increasing, even in uncertain times as we have noticed recently. If you see daily misery, exploitation and terrible animal suffering, that support is extremely important. Both the help in the form of donations or voluntary work and the moral support that resounds in messages, letters and actions from people. These ensure that we can cope with the flow of requests that come in every day. That we can offer the animals the care that they so desperately need. That we do not give up to achieve the goals we have set. Those friends made it possible that we can look back with pride on what we have achieved, but above all that we can look forward with confidence to the necessary work ahead of us.
AAP Director David van Gennep

Living room
Problems with exotic pets unfortunately still top the list. Most of the animals at AAP were unsuitably kept as pets, with all the associated behavioral, health and developmental problems. Fueled by social media and the easy availability via online channels, we are now seeing a growth in exotic cats such as servals and Savannah cats. For decades the Dutch government has been committed to putting a stop to the proliferation of exotic pet ownership by means of a Positive List, listing only species that are considered suitable to keep as a pet. A Positive List for mammals was previously enacted in the Netherlands, but was successfully challenged by the exotic pet traders on procedural grounds. The government has spent the last few years developing a completely new Positive List for mammals, based on a completely new and fully independent scientific assessment procedure. We expect this new Positive List of permitted mammal species to be published in the course of this year. It would be the greatest gift AAP could wish for to prevent future animal suffering. Continuing to roll out this approach to even more EU Member States – and ultimately the entire EU – is our mission for the future.

Hopefully, stories like that of servals Xirus and Tafkap will then be a thing of the past. They were kept as cubs in a bathroom and guest room and were fed cat food. This left them with permanent deformities and they needed intensive care at AAP to recover from their miserable past.

Entertainment
For circus animals, we are striving for a ban on the use of wild animals in circuses in the entire EU. Most EU members already have restrictions in some shape or form, but we will continue our work until all Member States have banned wild animals from performing in circuses. We’ve witnessed many great victories on this front in the past years and hope to close the final legislative gaps through our engagement in the EU Stop Circus Suffering campaign. Over the past decades, AAP has rescued many former circus animals from various EU Member States. The vast majority of the animals that are taken from circuses to AAP suffer from behavioral and health problems. Lions like Govani and Silas can never do without extra care.

Legal vs illegal
AAP focuses in particular on protecting primates that are illegally smuggled into the EU. Since 2017, the ‘Born to be Wild’ project has enabled us to prevent Barbary macaques from being smuggled from their natural habitat in Morocco into Europe. In the coming years, we hope to prepare animals that have been intercepted by customs or rescued by AAP to return to the wild. A great development for the endangered primate species, who are now also getting the protection they deserve from the local population and the authorities.

A group of about 35 Barbary macaques will soon be transported from various locations in Morocco to a rehabilitation center in Tazekka National Park. Once they have formed stable groups, these animals will be released to establish a new population in an area where this beautiful native species has become extinct.

Legal and illegal trade often go hand in hand. The fight against illegal trade therefore also requires stricter regulation of the legal trade for it to be truly effective. AAP will continue to shed light on these issues, and the current suffering of exotic animals in Europe. Every animal counts and we only stop when we have offered the last animal in need a better future. AAP is confident that our strong supporters base, loyal donors and passionate partners will continue to make that mission possible.