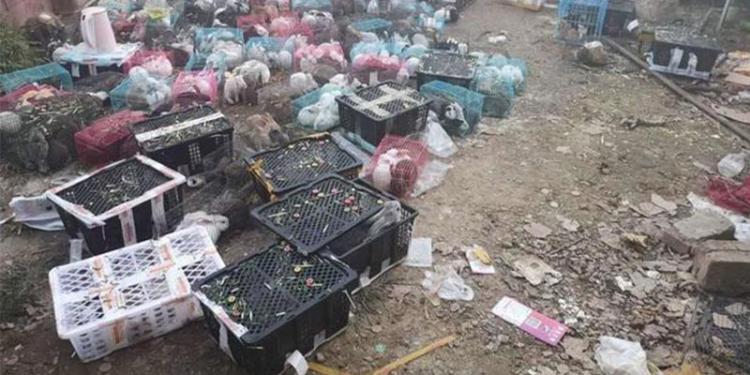 News
At least 5,000 pets were found dead in cardboard shipping boxes last week at a logistics facility in Central China, likely casualties of a miscommunication in the supply chain of China's thriving mass-breeding industry.

Only a couple hundred animals were saved, and authorities have launched an investigation into the grim discovery in Henan Province, a local animal rescue group told CBS News on Wednesday.

"The station was cluttered with express boxes with thousands of animals that had already died, and the entire place reeks of rotting bodies," said Sister Hua, the founder of animal rescue group Utopia. She doesn't use her real name, saying she prefers to keep attention on the animals rather than her personally.

"It was like a living hell," she told CBS News in a phone interview on Wednesday.

The animals included rabbits, guinea pigs, cats and dogs, all held in plastic or metal cages wrapped in cardboard boxes with breathing holes. They had been left in the boxes without food or water for about a week before they were discovered at the Dongxing Logistics station in Henan's Luohe city.

"It was obvious they died of suffocation, dehydration and starvation," said Hua.

Chinese law prohibits the shipping of live animals in normal packaging. Hua said it was likely the animals were bought online as pets but left stranded at the logistics depot because of a delayed collection, as the logistics company involved may have refused to sign off on a shipment violating transport laws.