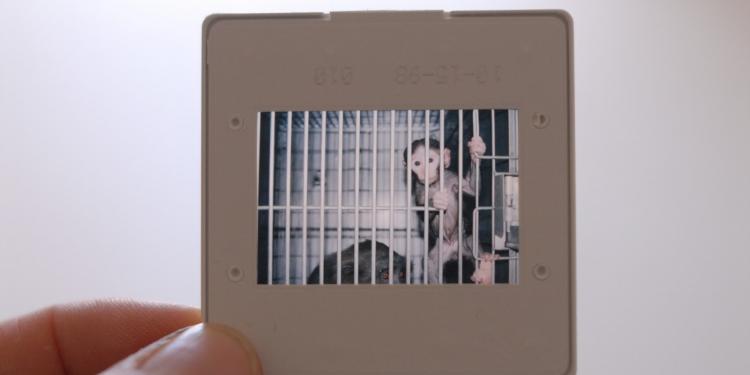 The 41st World Day for Animals in Laboratories (#WDAIL) falls in the middle of the COVID-19 lockdown, but that hasn’t stopped our network raising awareness and calling for concrete policies to promote a move towards scientific research that doesn’t use animals.

More than 23 million animals were impacted by science in the EU alone in 2017, and over 192 million animals are estimated to be used per year in scientific procedures worldwide. Many go through immense suffering. In some species, the physiology of the animals after some experiments has been compared to people with Post-Traumatic Stress Disorder. Most of these animals are killed at the end of the experiment.

The limitations of using other species to study human diseases have been acknowledged in many scientific publications, but animal experimentation continues to be abundantly practiced. In the case of COVID-19, many of the animals used in recent experiments do not naturally contract the virus or human-like symptoms. Mice are being genetically modified to make them more susceptible to the virus, while the virus is also being mutated to attempt to produce human-like effects on other animals.

The list of species subjected to experiments to try to better understand the spread, and treat the effects, of this disease is growing. Mice, ferrets, monkeys, dogs, cats, and hamsters are some of the animals that are also suffering with the effects of this pandemic. For example, genetically modified mice infected with the coronavirus can experience laboured breathing, lethargy and death. These animals and their experiences also matter, and their suffering presents significant ethical issues for society as a whole.

There is an urgent need to focus on scientific techniques that can be more representative of what happens in the human body, and that can bring better and faster success rates with less suffering. Three-dimensional reconstructed human respiratory tissue models, advanced computer simulation methods, artificial intelligence, advanced in vitro methods, and drug repurposing are some of the techniques and tools that are being used to improve our understanding of how the virus affects our bodies and how we can prevent and treat the disease. This better understanding of human biology and pathology is essential for preventing and finding a cure for this disease.

Today, several of our member organisations are raising awareness and calling for concrete scientific policies that can promote innovation, move towards human-based science, and pay full regard to the 3Rs of replacement, reduction, and refinement:

Eurogroup for Animals is in full support of these actions, which show the importance of this day to remind all of the level of suffering that animals in laboratories still endure, and what can be done to end this suffering sooner than later.